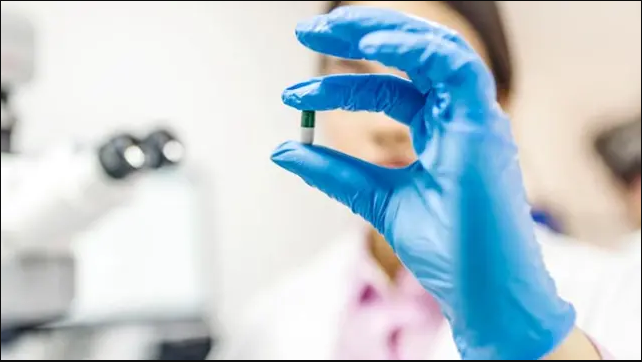 Surface plasmon resonance (SPR) is an optical detection technique commonly used to study biomolecular interactions. SPR is highly-sensitive to changes in the refractive index of many different media, so it is a common approach in applications such as food inspection, environmental monitoring, and medical diagnostics. Most recently, researchers have adapted SPR in temperature sensing systems. Fiber SPR temperature sensors are strong candidates as they are relatively small and eliminate electromagnetic interference, but they also typically require expensive external light sources and spectrometers.

A research team with Jinan University presents their solution: a fiber SPR temperature sensor driven by a smartphone. Their proposal incorporates the LED flash, camera, and microprocessor of a standard smartphone for a portable fiber SPR temperature sensor. The team claims their device could be easily integrated into a great number of applications. 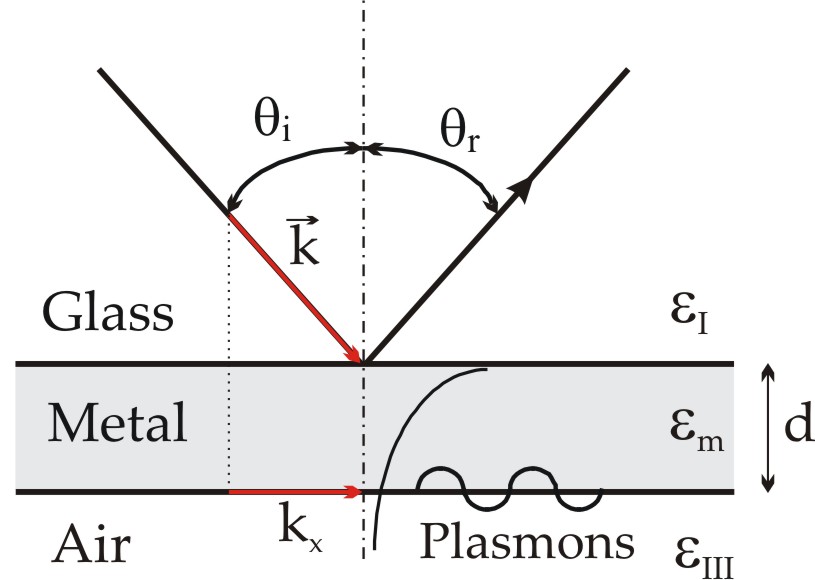 A basic SPR setup in the Kretschmann configuration. Courtesy of Holo Lab.

This technique relies on three main elements: a light source, a metal sensing surface, and a detector. Most SPR devices rely on some variation of the Kretschmann configuration– a setup in which light projects through a prism and reflects off the back of a gold film into a detector. The position and shape of the resulting “dip” in the SPR curve gives valuable information about the sensor surface. 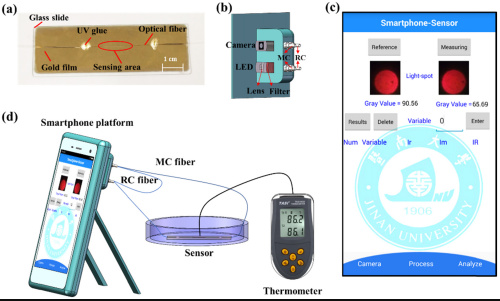 The graphics show the setup for the smartphone-based SPR sensor including (a) the sensor on side-polished fiber (b) the coupling module (c) application interface (d) the complete assembled setup. Courtesy of Optics Express.

The Jinan University team details their own fiber SPR temperature sensing method in a September issue of Optics Express. The sensing system uses a convex lens and narrow-band filter (both stored in a customized phone case) to send light from the smartphone’s flash LED into a multimode fiber. The researchers prepped the fiber by side-polishing it to create a substrate with known depth and length. They then deposit a chromium adhesion layer and gold film onto the surface of this polished region. This fiber runs from the LED to the camera in the back of the phone; an additional unaltered multimode fiber is used as a reference to monitor the LED’s intensity.

They also developed an Android-based program to control the camera and analyze and record results. The interface presents imaged light spots from the measurement channel (polished fiber) and the reference channel. One can derive the relative intensities of these spots by summing the grey value of each pixel. The team uses these values to eliminate errors due to power fluctuations of the LED flash.

The team tested the accuracy of their SPR sensor by first immersing the sensing portion of the measurement fiber in distilled water while a thermometer concurrently measured the water’s temperature. The smartphone’s camera recorded the response of the SPR sensor at temperatures over a range 30°C – 70°C. The images show that as temperature of the water increased, the brightness of the light spot from the reference channel remains unchanged and the brightness of the measurement channel spot consistently decreases. The researchers explain that increasing the temperature of the water leads to a blueshift in the transmission spectrum because the water has a large negative thermo-optical coefficient. This blueshift causes the diminished light intensity for 630nm, the filtered wavelength.

The researchers performed a linear fit on a plot of the relative gray values over the temperature range. The equation of the best fit line shows that the SPR sensor has a linear coefficient of .9798 and temperature response sensitivity of -0.0018 a.u./C. These values are comparable or better than those of established fiber SPR sensing platforms. 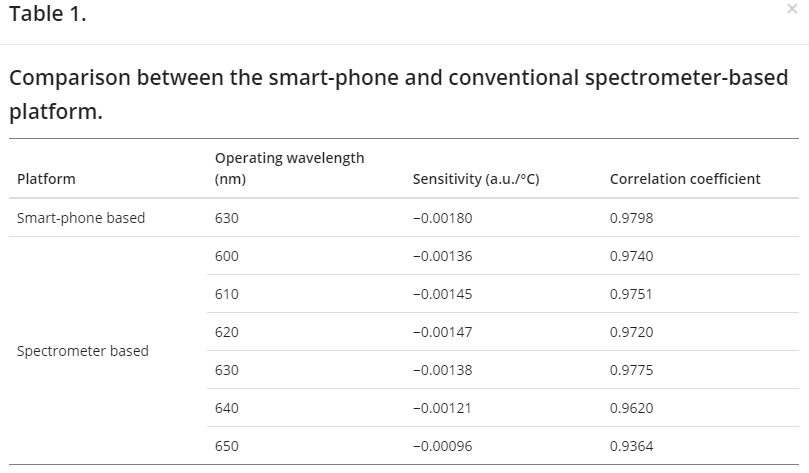 The above table compares the performance of the smart-phone based sensor with that of a spectrometer-based platform. Courtesy of Optics Express.

A supporting experiment compared the smartphone-based fiber SPR sensor with a conventional fiber sensor. The team connected the fiber sensor to a broadband light source and a spectrometer then collected plots for six different transmission wavelengths. These results are provided on the table above for a direct comparison of the smartphone platform and the standard platform.

For more on this smart thermometer, find the team’s paper here.