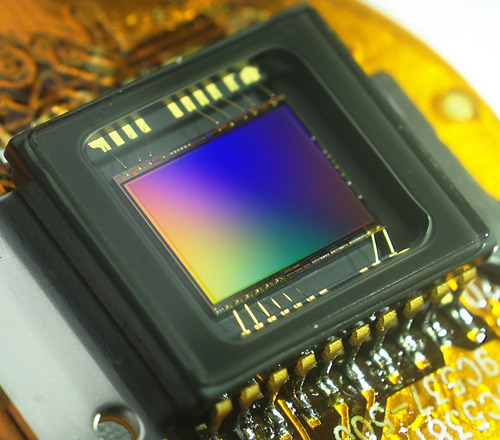 Spectroscopy imaging systems allow us to view and analyze light in many applications in industry and research. Courtesy of Qubit Biology Inc.

We have discussed many applications of spectrometers, but how do we attain the final spectral image to analyze? Spectrometers contain varying types of imaging systems that capture incoming light to characterize spectra. Spectroscopy imaging techniques can be detector-based or camera driven. Detectors such as photomultiplier tubes (PMTs) or avalanche photodiodes (APDs) are extremely photosensitive surfaces currently used in many spectroscopy systems. Spectroscopy cameras, however, are powerful light sensors capable of capturing data at a much higher spatial resolution than detectors. The most popular sensors include CCD, CMOS, and InGaAs sensors which we will identify and discuss later on in this article.  Spectroscopy cameras are therefore especially useful in fields including food processing, pharmaceuticals, chemistry, astronomy, and manufacturing.

How Does a Spectrometer Work?

It is useful to understand how spectrometers work before looking into their individual imaging systems. Spectrometers can contain many different optical configurations, but the standard features include a slit, collimating mirror, diffraction grating, and a camera to interpret the incoming light. The optical components work together to split and focus the incoming light into the imaging system.  As discussed in a previous article, the diffraction grating is key in splitting light into different components at separate angles. This spread of light is then incident on the spectroscopy camera’s sensor. The sensor communicates with the attached electronics to analyze the created voltage and interpret the spatio-spectral distribution.

Light path through a spectrometer before hitting the detector. Courtesy of Wikipedia.

Size: Larger sensors intuitively have a larger fields of view. This is because large devices typically have wider sensors.

Resolution: The resolution of the device is literally its ability to resolve details. This property of spectroscopy cameras is often determined in terms of pixel size and focal length. These two properties work together to dictate resolution limits.

Sensitivity:  Factors such as the focal ratio, pixel size of the sensor, and quantum efficiency determine the sensitivity of a device. Here, quantum efficiency is a measure of how efficiently the system converts incoming photons to electrons. It is important to use highly sensitive devices in most spectroscopy applications to harness relatively weak signals that contain abundant information about the light sample.

Sensor Gain: The “gain” of a spectroscopy imaging device measures the conversion between the number of electrons and the number of digital counts in the image. The gain is therefore measured in terms of the “electrons per count.” The gain directly reflects the efficiency of the sensor for the most accurate measurements.

PMTs and APDs are both photon counting devices so sensitive that they can detect single photons. Most PMTs are single-channel devices, meaning they measure single points at a time while scanning over a spectrum. Both of these detectors have extremely high gains, but relatively low quantum efficiencies. PMTs and APDs are popular in spectroscopic applications because their gain is easily adjustable.  This allows manufacturers to analyze every element of a spectrum in optimal conditions. Detectors are best used where there is weak signal. They are therefore frequently used in biomedical and microscopy applications.

CCD Cameras: A charge-coupled device (CCD) contains a silicon-based array of light sensitive sensors called “pixels.”  Photons incident on the surface generate a current so that attached electronics then characterize the light by wavelength. CCDs contain an extremely sensitive multichannel array capable of detecting light at UV, visible, and near-infrared wavelengths. CCD cameras have good signal at low lighting and increased sensitivity. This makes them a preferred choice for microscopy and astronomy applications. 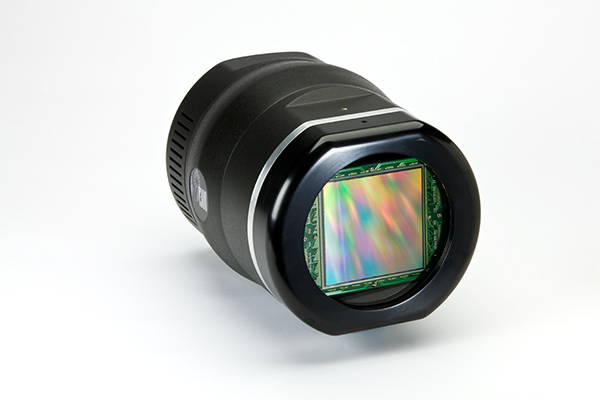 CMOS Cameras:  Complementary metal oxide semiconductor (CMOS) sensors are similar to CCD in that they also convert photons into electric signals. The main difference is in their output methods. While CCD sensors contain an array where each pixel’s charge is converted through a single output node; however, CMOS sensors have a charge-to-voltage conversion for every pixel. This allows for a higher bandwidth and faster conversion speed. CMOS cameras are most often used in mass spectroscopy as well as in industrial settings.

InGaAs Based Cameras: Indium gallium arsenide (InGaAs) sensors collect charge by causing photons to react with the doped compound and sending the created charge into a readout integrated circuit (RIOC.) The signal converts into a voltage which then transfers into off-chip electronics. The electrical properties of this compound allow the sensor to be very sensitive to incident photons. InGaAs sensors are best in detecting light at the near IR, for they attain a response range from 900 to 1700 nanometers. Cameras using such sensors offer unique advantages when used in laser beam profiling, food inspection, night vision, and many other industrial and biomedical applications. 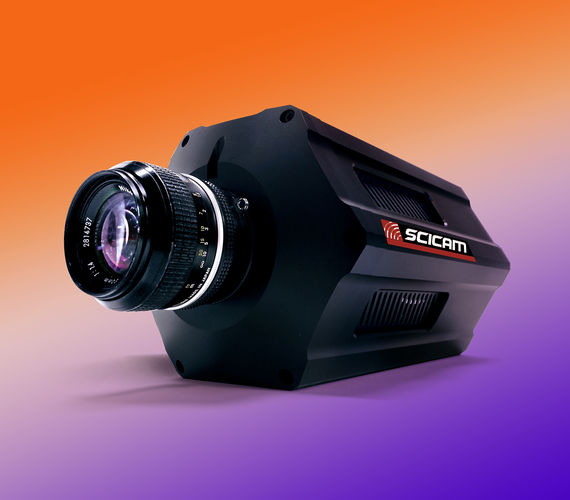 inGaAs cameras are superior in imaging the short wave infrared (SWIR) region of the light spectrum. Courtesy of IR Cameras

Adding an imaging component to spectrometers allows for clever application of light-based analytics in various spheres such as medicine, biology, and electronics. Researchers and manufacturers alike can learn so much more about their element of interest using either a detector or sensor-based system. Where PMTs and APDs often attain superior sensitivity, cameras cover a much broader bandwidth ans spatial resolution. Spectroscopy camera technologies are extremely versatile, efficient, and advance rapidly to become a common occurrence in commercial devices.

Hi Abhishek,
I would like to know more about food inspection using spectroscopy camera technologies.
Please feel free to send me some pin point references/articles regarding this.
Thank you

Hi Sunil,
What are you looking for more specifically?
Thanks!