Ultrafast Light Pulses: The Next Step of Information Transfer?

As we have noted several times previously on our blog, Moore’s law, the phenomenon of exponential growth of computing power due to ever more compact transistor technology, can only continue so far – and with that in mind, research into quantum-scale technology has begun to accelerate into the forefront of computational advances. We have written previously about light as a means for data transmission, but recent advances utilizing ultrafast light pulses have made such optical methods even more efficient and powerful.

While current consumer-grade memory storage devices are moving quickly towards solid-state drives and away from magnetic hard disks, magnetic data storage may in fact be the key to revolutionizing data transfer speed and efficiency, with the aid of high-powered ultrafast light pulses. While the potential of such high-speed light-based data transfer has been all but proven, it may be a long way from coming anywhere close to being utilized in laptop or server storage, if at all, but the potential of light-based magnetic memory devices is unparalleled.

In traditional hard drives, different patterns of magnetization on a magnetic medium are the means of recording persistent information, and this is the method used by computer hard disks, credit card magstripes, as well as floppy disks. More recent solid-state drives (SSDs), as well as most USB drives, utilize flash memory, which is an electronic memory storage method using memory cells consisting of modified transistors which are able to hold logical bits of data. The primary disadvantage of electronic and magnetic data storage is the energy cost involved in moving data from one place to another. So, if magnetic and electronic means of storing data have been well-explored, and light is perhaps the most efficient means of moving information, why have we yet to see a widespread optical solution?

We actually have seen light-based data transfer in CDs and DVDs, where low-powered lasers retrieve information from physical patterns on a physical disk, but the inefficiency in this technique is reflected by the declining popularity of disk-based information storage and transfer. However, this certainly does not reflect on the inefficiency of light-based data transfer itself. If, instead of a low-power laser reading a physical disk, we instead opted for a high-powered, ultrafast laser pulse – the potential for unparalleled high-speed data transfer is indeed possible.

While magnetic hard drive disks, utilizing electric data transfer, are quickly falling out of style to more efficient and lower-latency solid state drives, magnetic data storage may still be the key to ultrafast data retrieval, owing to its quantum interactions with ultrafast light pulses. In a research article recently published in Nature, ultrafast light pulses (picosecond pulses in the terahertz frequency regime) was found to contain enough energy to induce spin-switching in a magnet where the light is incident upon. 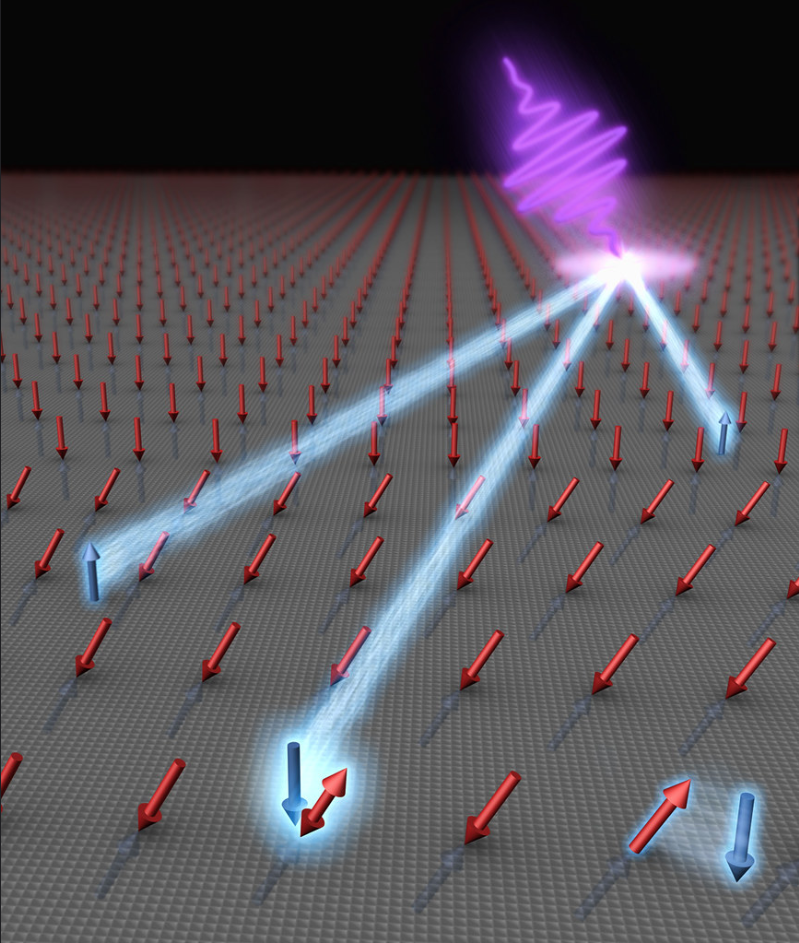 An illustration of an ultrafast light pulse inducing magnetic pole switching into particles on the surface of a magnetic material. The magnetic orientation of these particles each represent a single bit of data. Adapted from SLAC National Accelerator Laboratory

Tuning the frequency of light and magnetic potential allows for a high degree of control over the coherent spin-switching, which can thereafter be read out as a magneto-optical signal. This essentially serves as a ‘fingerprint’, where the magnetic orientation of minuscule particles determines the information stored (‘North’ and ‘South’ corresponding to 0 and 1), which allows for persistent data storage and rapid retrieval and transfer. All this occurs, as described in the aforementioned research article, in a trillionth of a second.

Furthermore, there are other advantages of using light for data transfer over traditional electronic measures. In the implementation described in the article, only a single THz photon is required for each dynamic spin-switch, allowing for extremely low energy dissipation. This makes such a potential data transfer technique highly scalable, mitigating worries of significant energy loss.

Why is this important? 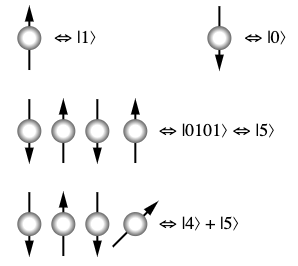 The future of computing and information transfer does not merely benefit from such novel methods — it requires them, as continuing transistor and electronic device improvements are dwindling. Control over quantum states, especially with regards to coherent spin control, represent the fastest and least energy-dissipative means of storing, changing, and moving information.

Indeed, as we continually request increasingly complex and demanding operations of computers, the lone bottleneck of computing is how our information is transferred and manipulated. Coupled with the ever-present necessity of increasing the efficiency of our energy consumption, quantum computing appears as not simply a luxury for higher computing speeds, but a necessity for the next generation of technology.

Be sure to take a look at FindLight’s diverse array of ultrafast lasers and optical fibers on our website, or read more cutting-edge photonics-related articles on our blog.