Laser marking of metals is becoming an increasingly important process in product identification and branding. On our blog, we have previously written about the basic principles of laser marking, the proper choices of methods and materials, and high-quality laser marking on glass. Laser marking can be performed on nearly all metal materials used in industry, and is commonly used in medical, automotive, aerospace, and electronics industries. However, if you are specifically looking to achieve high quality laser marking results on a metal substrate, there are several considerations that must first be taken into account. 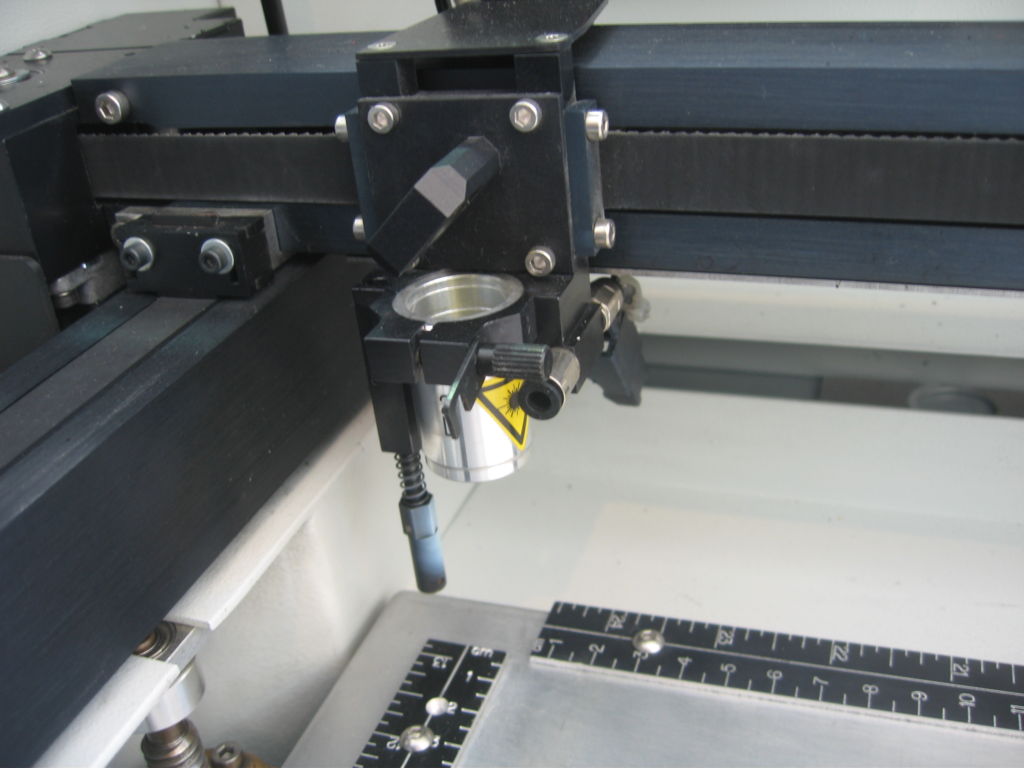 There are several mechanisms of marking that can be performed by lasers. The first method is laser engraving, in which a localized high-energy laser beam rapidly vaporizes the surface of a metal, leaving an engraved pattern in the material. Although laser engraving is the most easily understood and common manner of laser marking on metals, the generally high heat-resistance of metals requires a correspondingly high laser energy density for proper engraving. For this reason, typically a coating layer is applied to the metal which acts as the substrate for laser engraving, where vaporization of the coating layer reveals the base material. Laser engraving is beneficial for its ability to remove a substantial amount of material in a relatively short amount of time (without need for much cooling time) and affording depth variability by increasing the number of laser engraving passes. Typical laser sources for engraving are ~1064 nm fiber lasers and 10.6 micron CO2 lasers.

Although laser ablation acts on the same principle of material removal as laser engraving, it can be distinguished from engraving by the amount of heating applied and material removed. Laser ablation is typically performed with a high-powered ultrafast laser which converts a portion of a surface metal to plasma without transferring a significant amount of heat to the surrounding area.

In titanium and ferrous metals such as steel or iron, heating from a laser source can cause oxidation of the affected area, which introduces discoloration to the surface (where heating typically penetrates in the tens of microns below the surface). This manner of laser marking on metals is known as laser annealing. Annealed portions of the substrate surface are typically black, but may also vary between shades of red, yellow, or green, dependent on the temperature of the surface.

Another type of laser marking on metals is laser bonding, which bonds an additive material to a metal substrate. This method of laser marking is more recently developed, and is therefore not nearly as widely seen throughout industry. Laser bonding typically uses CO2, fiber, or Nd:YAG lasers to induce bonds between an applied additive material (typically sprayed on) to a metal substrate.

How to Decide on a Laser Marking Technique

Whether you decide to use laser engraving or additive annealing to perform laser marking on metals is largely dependent on the application context. If you need to perform a large magnitude of laser marking operations in the shortest amount of time possible, engraving or etching are appropriate techniques. If, on the other hand, you are working with titanium or a ferrous metal and are willing to compromise on time, or otherwise have reason to remove as little material as possible, laser annealing may be appropriate.

When deciding on whether to use CO2 or fiber lasers for engraving purposes, you must also take into account the fineness of the pattern you wish to engrave, and also the costs involved in choosing the appropriate laser system. CO2 lasers typically require treatment before and after laser engraving by application of a laser marking solution to the metal before engraving, and washing excess waste from the metal after engraving. Fiber lasers, on the other hand, do not necessarily require treatment before or after engraving, and are able to engrave finer details. This is also true for ultrafast pulsed Nd:YAG lasers, which are similarly able to produce finer engraving patterns and minimize undesired heat diffusion into the surrounding area of the metal.

Although there are numerous parameters that should be taken into account when deciding on a method of metal laser marking, a good understanding of your specific application context and the relevant benefits of each different marking method as outlined above should allow you to decide on the appropriate laser marking device for your needs. Whatever method you ultimately decide on, you will be able to find the necessary tools on FindLight’s selection of laser marking devices.

Nice article thanks for sharing…

Most popular
Laser Cooling: A Future for Cryogenics Without Liquid Coolants
The Importance of LiDAR in Self-Driving Cars
Prism Types and their Applications in Optical Systems
Medical Lasers: A Guide to Various Effects and Choices
Optical Frequency Combs for Molecular Fingerprinting
Three Things to Consider When Choosing an Optical Mount
Lasers in Ophthalmology: The Future is Clear
Surface Emitting Lasers: Types and Applications in Sensing
Fiber Optics’ Exciting New Role in Renewable Energy
Laser Tissue Interactions: Biological Factors to Consider for Dermatology