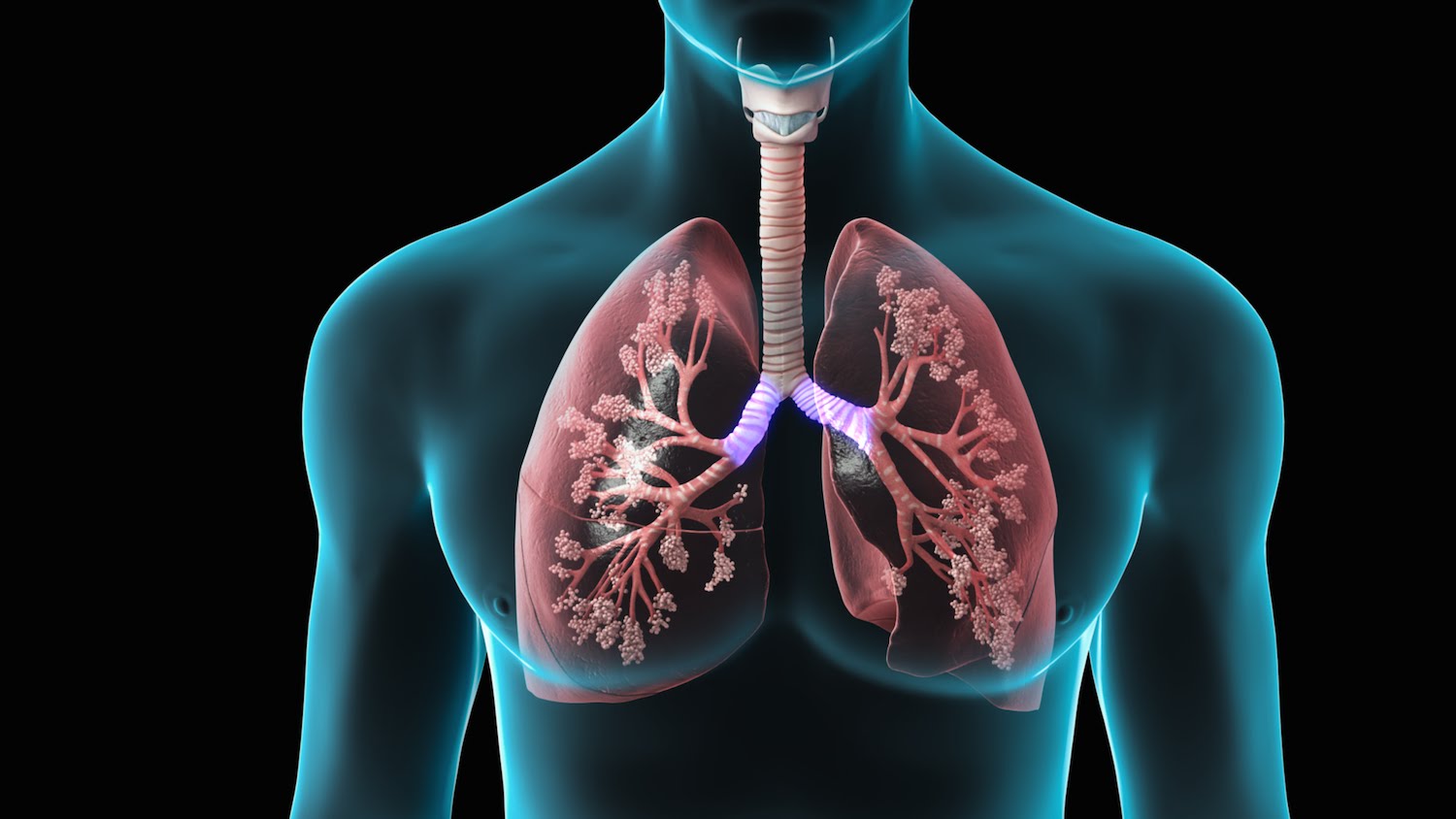 Why is endothelial surface layer imaging important in the medical field?

Ex vivo imaging has so far proved unsuccessful, as the thin gel-like layer is damaged when fixed. Additionally, in vivo imaging is made difficult as the thickness fo the layer is determined by the type of blood cell passing through. Leukocytes, which play a major role in inflammation, damage glycocalyx while erythrocytes, red blood cells,  do not. Because of this, the team of researchers focused their experiments on pulmonary endothelial tissue in the lungs, as it has a large erythrocyte flow.

How were experiments run?

For the experiments, researchers built a laser scanning confocal microscope. The wavelengths output by the microscope to be used as excitation light sources were 488 nm, 561 nm, and 640 nm. To obtain 30 Hz video-rate laser scanning, a rotating 36-faceted polygonal mirror was implemented. Finally, multi-color fluorescence imaging was achieved via the use of three photomultiplier tubes with bandpass filters.

During experimentation, researchers performed a thoracotomy, an incision on the chest wall, on mice under anesthesia. This exposed the pleura, the membranes which covers the lungs. Following this simple surgery, the mouse was hooked up to the imaging system, as shown in the image below. Fluorescein isothiocyanate (FITC) conjugated dextran dye was inserted into the mouse via catheter to allow for fluorescent visualization. 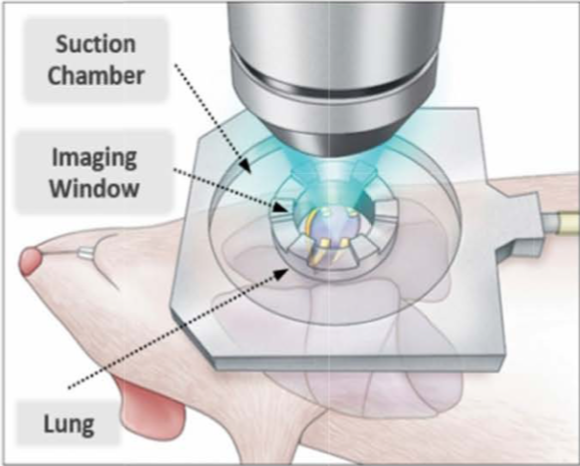 The image above details how the imaging device is placed in relation to the mouse subject. Suction pressure is applied to minimize noise caused by motion during imagine. Image courtesy of Biomedical Optics Express.

What were the findings of this experiment? 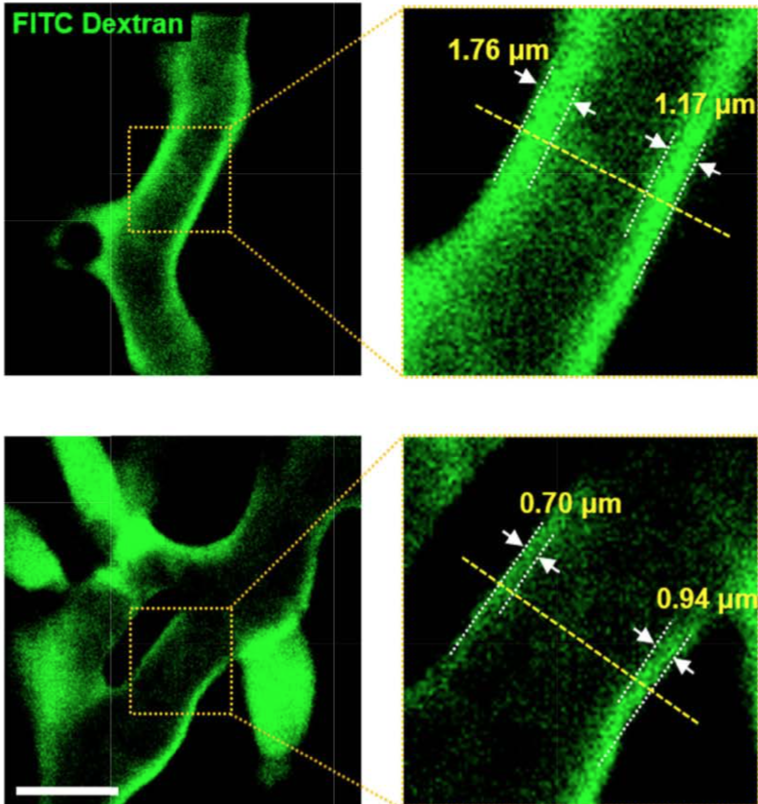 The graphics above show obtained images from the experiment. On the top row, the capillary of a healthy mouse can be seen. The green fluorescent dye indicates endothelial surface layer. The bottom layer shows the capillaries of a mouse with a pulmonary inflammation. As can be seen, the endothelial surface layer has degraded. Image courtesy of Biomedical Optics Express.

According to the researchers, this is the first time such images of intravital pulmonary endothelial surface layer have been made by analyzing the flow of erythrocytes.

Where does the research go from here?

Obtaining such clear images of endothelial surface layer and visualizing damage to it is a large first step. By expanding trials to include other mammals and other types of tissues, more progress can be made. A foreseeable challenge to overcome is imaging tissues with a large, natural leukocyte concentration. As stated earlier, leukocytes can damage and cause non-homogenous endothelial surface layer, which is more difficult to image. Another possible improvement to be made would be making the technology less invasive. In terms of medical use, this technology can go on to diagnose sepsis based on endothelial surface layer damage. This is vital in the medical field as often times such complications can go unnoticed. By making the imaging system less invasive, doctors wouldn’t require large surgeries to diagnose possibly dangerous inflammatory conditions.

To read more about this ground-breaking experiment, the paper can be found here.