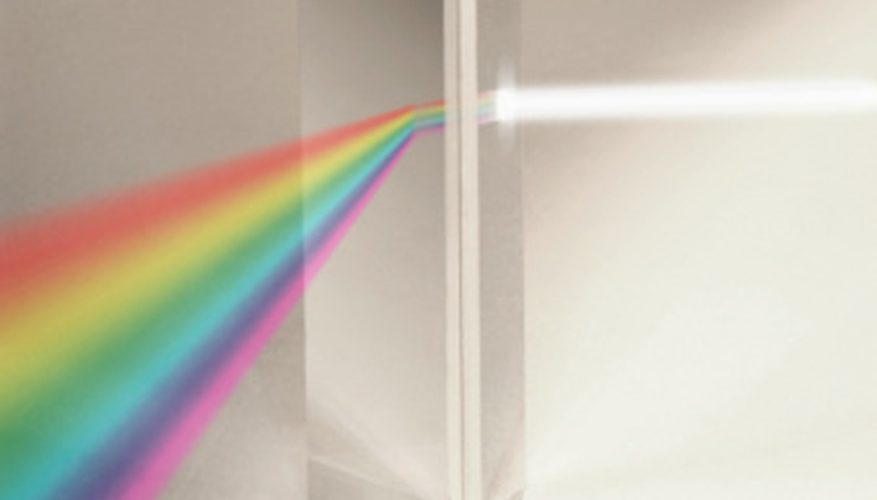 Prisms come in many different shapes and sizes and are used to redirect light through a several different methods. Courtesy of Sciencing.

Even as early as in the 13th century, six-sided crystals of natural quartz were used to generate rainbows. In the late 1660s, people believed that color was a mixture of lightness and darkness, and that prisms colored light due to corruption within the glass. Our modern understanding of light and color stems from experiments done in 1672 by Isaac Newton, where he demonstrated the ability of a prism to break up white light into its component colors as well as recombine the spectrum back into white light.

Today, the prism is a powerful tool that offers much more than just dispersing light. It also has the ability to inverse, reverse, rotate and orient images. This includes flipping an image over its horizontal or vertical axis, rotating it 180 degrees or even changing the orientation.

A prism is an optical component that disperses or modifies the direction of light. They are made from many types of materials, including glass, plastic and fluorite, and are usually transparent to the region of the electromagnetic spectrum in question. In some cases, a prism has more than one function. The shape of a prism and the angles between its surfaces vary depending on the application. 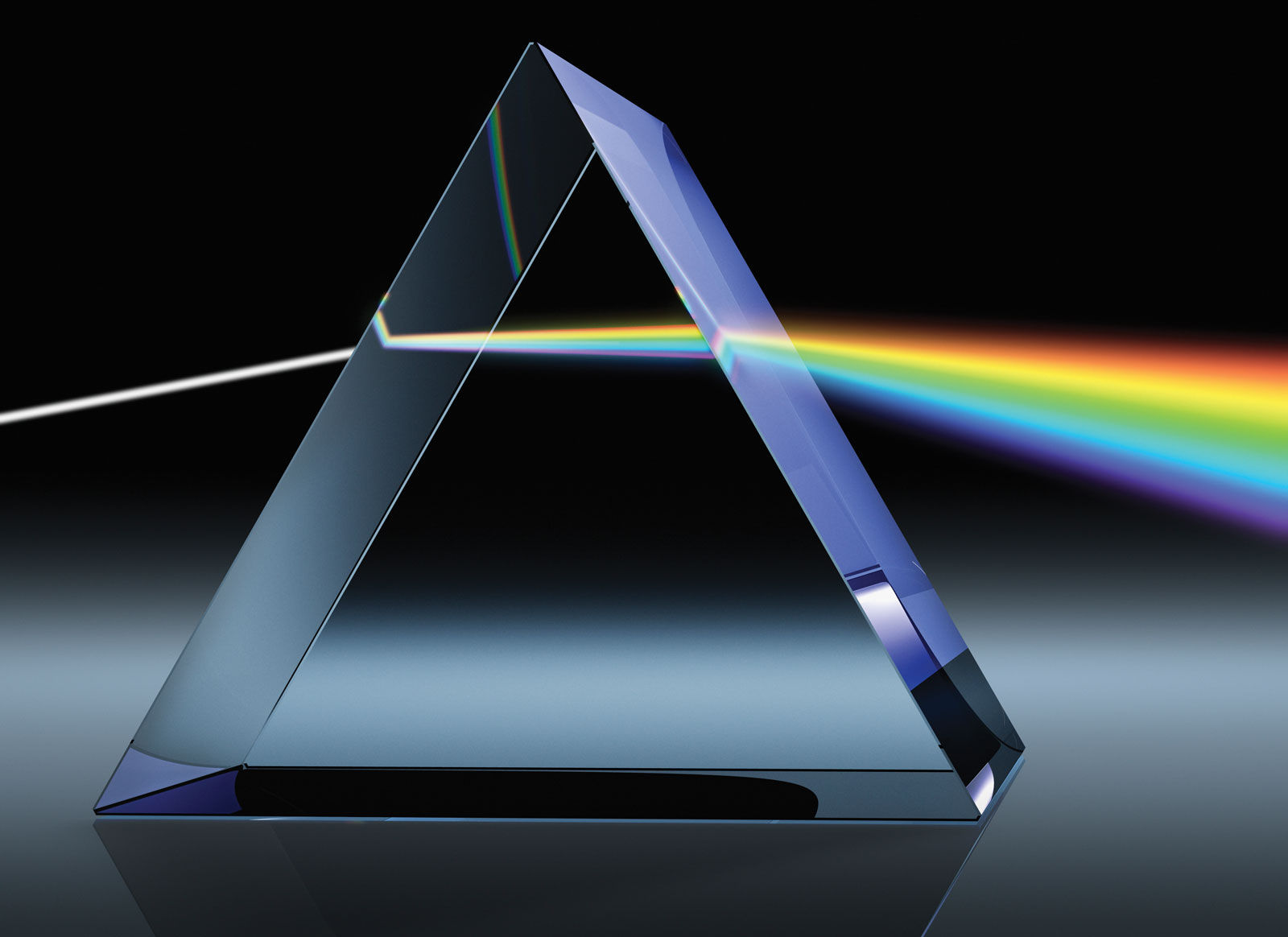 Isaac Newton’s findings are explained by Snell’s law, which explains the relationship between light and an optical surface. Courtesy of Optical Illusions Wiki.

Light changes speed as it moves from one medium to another, such as from air into glass. This change of speed causes light refraction, causing the light to enter the next medium at a different angle. Snell’s law, also known as the law of refraction, describes the interaction between light and an optical surface. Furthermore, it explains the relationship between the angles of the entering and exiting light paths through media with varying refractive indices.

The refractive index, a dimensionless number that describes how light propagates through that media, typically varies based on the color of light used. This concept is known as dispersion. Different colors of light will refract differently and will also leave the prism at different angles. This explains why Newton was able to separate white light into its component colors in his experiments.

A prism is typically classified by the shapes of its base, such as triangular, rectangular, and hexagonal. However, in addition to their geometrical shape, they are also classified based on their function. The most common types based on function are dispersion, reflective, rotation, and displacement prisms. 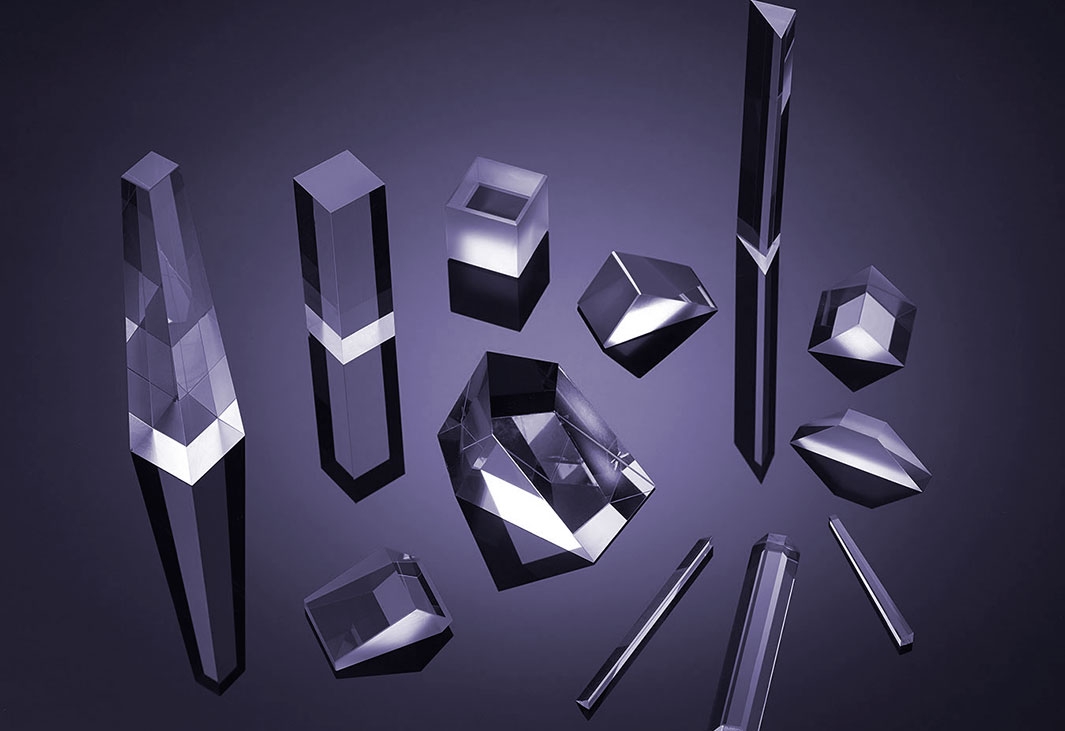 Prisms are classified by shape and/or function. Courtesy of Perkins Precision.

In general, reflective, displacement, and rotation prisms are common in imaging applications. Dispersion prisms, on the other hand, are strictly made for dispersing light and therefore are not suitable for applications requiring quality images. Such prisms, like Equilateral and Littrow, are ideal for spectroscopy and laser tuning.

Reflective prisms, another main type, are able to manipulate beams of light by flipping and inverting them. These types of prisms are typically used to construct the image viewed through binoculars or single-lens reflex cameras. The Porro prism, for example, consists of two prisms arranged to both invert and reverse an image. Without reflective prisms, the image would be upside down for the person using them.

As their name suggests, image rotation prisms, are commonly used to rotate, invert, or revert an image. These  are ideal for use in microscopes, telescopes, and for the microscopy, astronomy, or defense industries. Wedge prisms, a type of rotation prism, can deviate a laser beam anywhere from a few millionths of a degree to as much as three degrees of angle.

Lastly, the function of a displacement prism is to maintain the direction of a ray path, yet adjust its relation to the normal. Rhomboid prisms can laterally displace a beam of light without inverting the image. Right angle prisms, which also fall into the rotation prism category, can deviate a ray path by 90°. This characteristic is beneficial in areas such as endoscopy, microscopy, and medical instrumentation.

One of the most notable characteristics of prisms is their ability to model as a system of plane mirrors, simulating the reflection of light within the prism medium. This unique characteristic allows for the replacement of mirror assemblies, which is possibly the most useful application of prisms. Typically, multiple mirrors are required to achieve similar results to that of a single prism. Substituting a prism as a single optical component reduces the potential for alignment error, increases accuracy and reduces system complexity.

In instrumentation, prisms find application in devices such as microscopes, lenses, telescopes, and laser diodes. Their ability to manipulate and bend light is crucial in this department. Cameras, microscopes, and even submarine periscopes utilize prisms in their operation. On the forefront of the optical instrument industry, scientists are even developing new Ultrafast Dispersing Prisms that are specifically designed to meet the unique demands of ultrashort pulse laser systems.

Ophthalmology, a science dedicated to the study and treatment of eye diseases, has utilized prisms since the 19th century to diagnose and treat various diseases of the eye. Ophthalmologists use the light reflected and refracted by a prism to exam various parts of the eye to diagnose diseases and deficiencies. Furthermore, they also aid in the construction of corrective vision lenses for a number of different eye problems. Using prisms aids the eyes in working together. Sometimes, one or both eyes tend to pull in a different direction than the other. The use of prisms in lenses tricks the brain into believing the eyes are working together by slightly shifting the image in a specific direction. 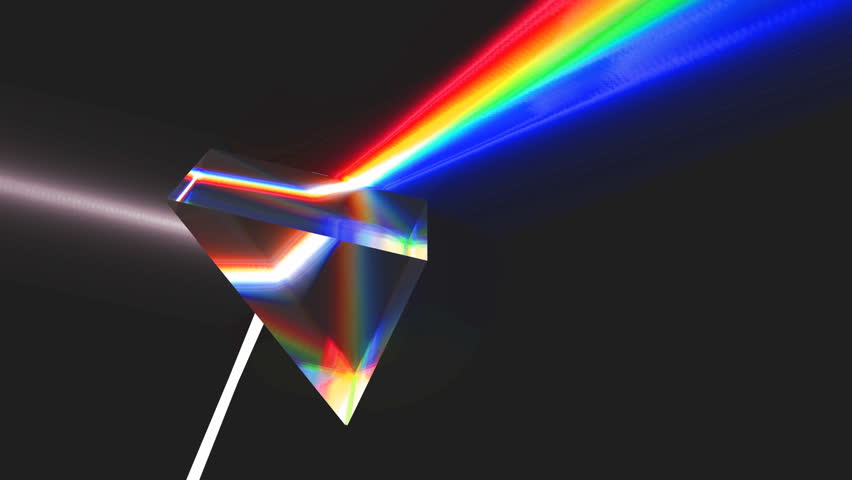 The optical prism remains in demand as new and improved uses are developed for sophisticated systems. Courtesy of Shutterstock.

The optical prism is an essential component in both simple and sophisticated optical systems. It can be found in a variety of instruments and is used heavily by a number of different industries. The passive optics market, which includes lenses, mirrors, prisms, crystals, fibers, and wafers that go into optical systems, is about $56 billion.

Additionally, the demand for prisms is high as new and improved uses are discovered for sophisticated optical instruments. Fields such as ophthalmology and various types of scientific research utilize prisms as a common tool. Devices like vision correction glasses, microscopes, and many types of cameras rely on the principles of the prism to operate. Most importantly, they offer simplicity of design, which is crucial to developing highly accurate, yet straightforward technologies.

As a big fan of your photonics blog, I’ve learned a lot from these materials.

Now I think it would be great to translate some of these articles into Chinese to share on my own blog with those who can not read English fluently. Would you kindly give me permission to do it? Thanks.