What is a Laser Microphone?

Laser microphones are any device that uses a laser or optical beam to recover audio information, largely these devices use mechanical disturbance of the laser’s beam through deflection to interpret vibrations caused by sounds (such as human speech). The history of these devices starts at the end of the Second World War and is an example of a real spy tactic used by the Soviets to monitor the United States, England, and France during the Cold War.

In July of 1945, a group of Soviet Russian boy scouts entered the office of United States ambassador, William Averell Harriman, with a gift representing Russia’s friendship to the United States. Unbeknownst to Harriman, the wooden carving of the seal of the United States of America contained a novel radio listening device, handcrafted by one Lev Sergeyevich Termen, later Leon Theremin (yes, that Theremin).

The Seal of the United States of America, the second image displays where the microphone was placed within a cavity in the wood. Courtesy of the CryptoMuseum.

From 1945 to 1952, the radio device, since dubbed “The Thing” would go unnoticed by American intelligence. Soviet spies would utilize the microphone hidden within a small cavity, carved within the seal to eavesdrop on vital conversations of American security during the Cold War. The microphone worked as a sort of passive resonant cavity microphone. The thin veneer of wood on the beak of the seal’s eagle worked as a diaphragm which, as United States officials spoke within the room, fluctuated and changed the size of the space within the cavity. These changes in the size of the cavity, changed the capacitance of the circuit within, which could then be decoded as sound.

Importantly, the microphone required no batteries, giving it an essentially unlimited lifespan. Soviet Intelligence officers point a low-powered microwave beam (at around 330 MHz) into the embassy from a nearby building. That energy would enter the cavity within The Thing, be altered by the sounds within, and be reflected back out by the radio’s antenna, only to be picked up again by the Soviets. (This same principle is used today in modern RFID scanners!)

Under the command of Lavrentiy Beria, one of the most influential and terrifying Secret Police Chiefs of Stalin’s Russia, Leon Theremin had covertly bugged the United States embassy in Russia, without ever having to step foot within their walls. Through this act of espionage, the Soviet Union would be privy to conversations from the aftermath of WWII, the dinner party congratulating General Dwight D. Eisenhower, and countless top-secret strategy meetings held at the embassy. But Beria demanded more from Theremin’s technology.

The ultimate goal was complete wireless surveillance, while the microphone contained within The Thing was useful, it required the specific device planted within the spying location. So, in 1947, Theremin would begin working on a project titled Operation Buran, “snowstorm” in Russian. Buran would work on similar principles to that of The Thing, a powered “illuminator” like that of the microwave beams, a diaphragm on one edge of a cavity that could resonate through disturbances caused by human speech, and a detector that could interpret those vibrations.

This time, the technology would be much more applicable to the day-to-day spying done by the Soviet forces. The illuminator? A low-powered infrared beam. The diaphragm? A glass window. The cavity? An entire room within a building. The detector? An interferometer, which picked up the infrared beam’s reflection from the window. Strictly speaking, Theremin had invented a way to point a laser at any given glass window, interpret its vibrations caused by human speech, and listen in on conversations going on within the room. 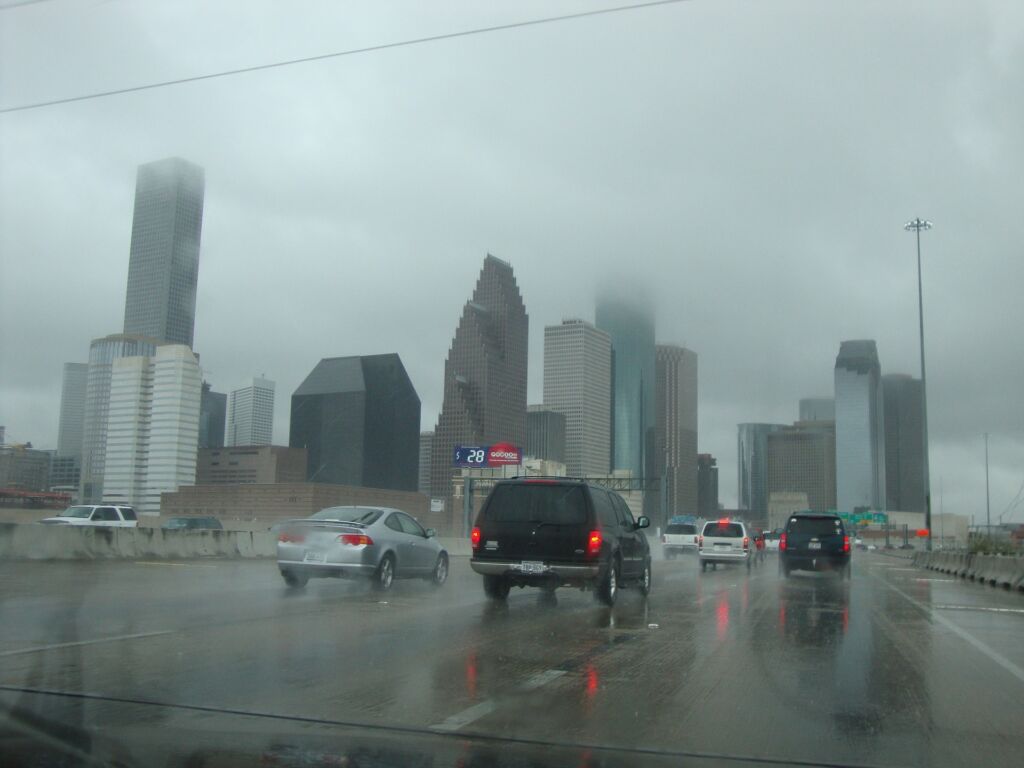 Prevailing conditions make this technology not as useful in all applications. Still, other methods seek to work around these shortcomings. Courtesy of Pixabay.

The technology wasn’t problem-free, signal noise was generated by complexities within the glass. If there were any prevailing conditions, such as fog, rain, or ironically, snow, the laser microphone was unable to properly reflect off the glass window and be picked up by the interferometer. While Buran could work at distances of up to six hundred feet, any further would prove too scattered to reliably recover vibrations from the window, due to beam divergence.

The technology would see use in covert operations by the Soviet Union throughout the Cold War, and would secretly earn Theremin the Class I Prize, the highest decoration given within Stalin’s regime. Shortly after, Lavrentiy Beria would enlist Leon Theremin in spying on Stalin himself, which would land Theremin in prison for a surprisingly light sentence of nine years, after which he would lead a reserved life, volunteering for the KGB in the 1960s and then working as a Professor of Physics at Moscow State University in the 1970s.

Although the technology of the laser microphone now lies somewhere between Cold War experimentation and the science fiction employed by film franchises such as James Bond or Mission Impossible, it hasn’t completely left the realm of modern advancement.

In a 2017 research paper from MIT, graduate students Mark Chounlakone and Julian Alverio were able to use similar techniques as Theremin in recovering audio from a handheld laser pointer and a receiver module with great accuracy. The paper, which outlines the circuitry and equipment used to achieve the microphone, has further stoked interest in the topic by other prominent researchers.

One paper from the International Association for Cryptologic Research describes the creation of a similar process that requires monitoring of a lamp or lightbulb within a target room. Fluctuations in the emitted light from an existing light source were able to be decoded and then played back as audio. This technique has even wider applications where there are no windows present, or other conditions that make laser pointers or low-energy IR beams unavailable.

A diagram showing the two ways in which eavesdropping attacks might occur, through bugged devices (like Theremin’s The Thing) and through diaphragm deflection. Courtesy of IACR Cryptol.

Video Microphones and the Future

Even further, from MIT’s Computer Science & Artificial Intelligence Laboratory (CSAIL) program, a process that combines several of the above strategies allowed researchers to take video through a window and through the deformation of objects within the room, reconstruct music, and human speech. Such objects included chip bags and plant leaves, which act as a sort of diaphragm which deflect when speaking. In 2020 a concern arose among the developers of robotic vacuum cleaners, that their built-in LiDAR sensors would allow for similar laser microphone eavesdropping attacks to occur.

Signal noise is still a concern in all of these techniques and advances in computer learning and artificial intelligence allow for even sub-pixel changes in the video to be picked up as deflections which can then be converted to an audio signal.

From the early 1940s to today’s cutting-edge optical advancements, a path has been paved that could soon allow anyone with a simple camera or handheld laser pointer to perform a little espionage of their own – as long as you’re staying within the law.

Today’s post was sponsored by RPMC Lasers – a US leading provider of Laser Technologies.