LED Technologies: How it Revolutionized the World

Light-emitting diodes (LEDs) are commonplace now and becoming the default source of choice, with growing levels of production and consumption. They are found in everything from illumination systems to displays. They continue to replace incandescent bulbs, beginning to render them obsolete. The LED has disrupted and overtaken the lighting industry by storm. In this article we will explore how LED introduction transformed the entire lighting sector.

The energy efficiency, durability, and product lifespan are all factors that play a key role in the versatility of LEDs and their appeal. They cost less to operate and emit less heat than incandescent bulbs. Some LEDs can operate at roughly 10% of the power required for the standard light bulb and last up to 40 times longer. LEDs have begun to replace halogen bulbs in headlights. They are used in traffic lights and in applications for residential and commercial use. The widespread use of LEDs, however, was not always the case.

The advent of a new form of lighting technology was not the primary goal when LEDs were invented in the 1960s. The intent was to create something new, but not specifically for illumination purposes. LEDs were, in fact, created at General Electric as a by-product of the pursuit of creating a semiconductor laser in the visible range. From that, advancement in LED technology continued. LEDs were fabricated from different alloys to emit at different wavelengths to produce colored light and white light. They became more energy efficient and cheaper to produce. The inventor of the LED, Nick Holonyak Jr., had anticipated its future rise. However, the progression in LED improvement occurred at a pace less breakneck than he had anticipated. 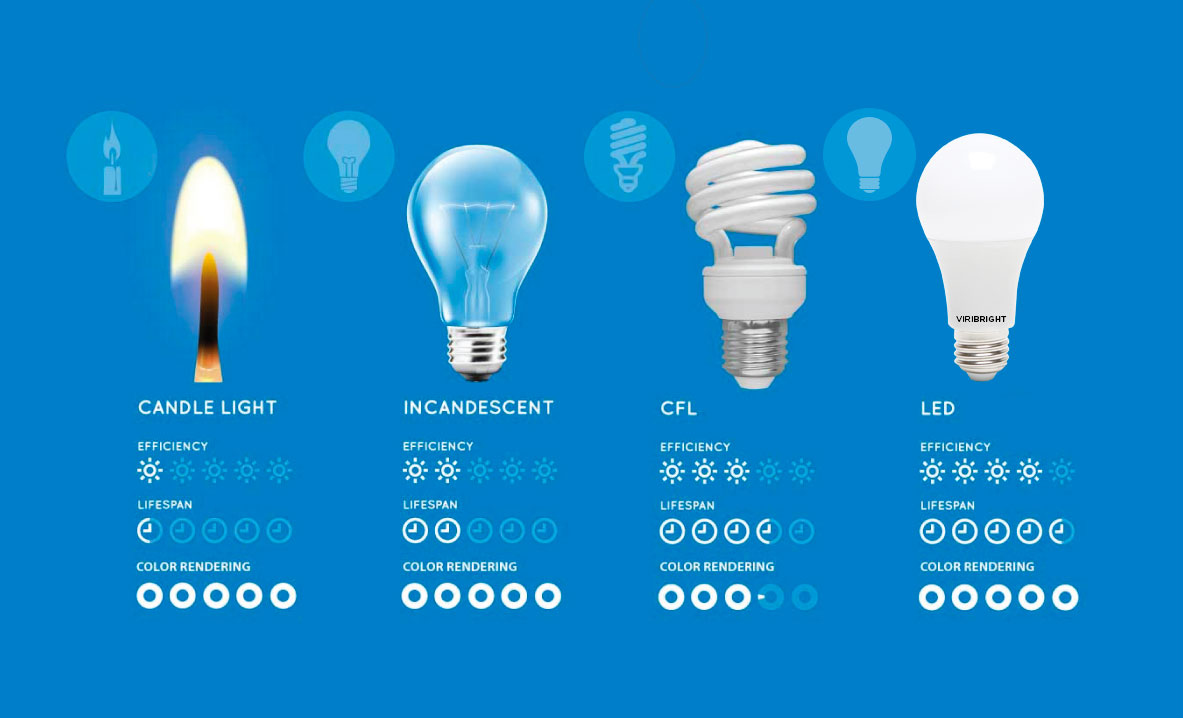 LEDs, when first created, performed nowhere near the level they do now. Though they were still more efficient than incandescent bulbs were, their advantage was marginal at best, even through the early 2000s. There was no way that they would overtake such an already well-established source, like incandescent bulbs, at that juncture. In 2012, LEDs still only made up less than one percent of sales in the illumination market. Though LEDs did not get hot like incandescent bulbs did, much of their energy was lost at currents high enough to be used for lighting a room. Some of this loss was discovered to be attributed to inefficiencies due to Auger recombination. Researchers were able to improve the efficiency after this discovery, but much of the progression in LEDs was due to government incentives and competition.

Government agencies, both state and federal, provided financial support and passed mandates to promote energy efficiency programs that spurred advancement in LED technology. The switch to LEDs in some cases were largely in part due to the push for meeting greener energy standards. As the LED market grew, competition between companies drove down the price and manufacturing efficiency of LEDs as more and more of companies began entering the LED space.

Since then, the LED market has boomed at a rapid pace. LED lighting market was valued at 54 billion USD in 2019 and is anticipated to continue growing.  LEDs made up to next to zero percent of sales in lighting from 2012 to 69% of the market share in 2020 and projected to make up 95% of the sale by 2025 as reported by Goldman Sachs.

LEDs and their usage have evidently come a long way from where they began. The determination to continue improving them, however, has not slowed in the slightest.

Innovation continues in the LED sector with Organic LEDs, or OLEDs. OLEDs tend to be thinner and lighter than normal LEDs, allowing for flexibility in the structure. Instead of being made of semiconductor layers, the electrons and holes are produced from layers of organic materials. OLEDs are thinner are brighter than regular LEDs. There is ongoing research with creating and improving transparent and flexible OLED screens. 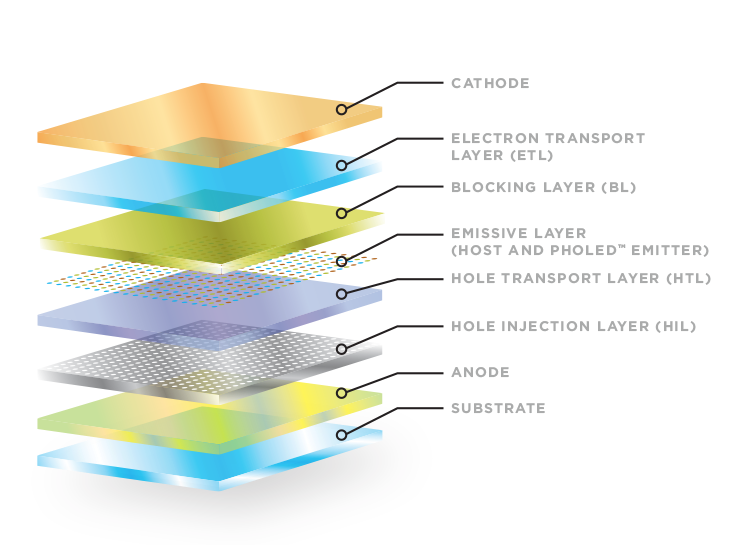 One of the downsides to OLEDs, though, are their lifetime, especially when compared to normal LEDs. Blues created by OLEDs tend to only have a lifetime of 14,000 hours compared to reds and greens whose lifetime can range from 46,000 to 230,000 hours. This could mean needing to replace a display (in some cases) years before necessary.

Flexible LEDs have been created for things like foldable smartphones and wearable electronics. Researchers in China at Zhejiang University have even succeeded in creating transparent and flexible LED screens. The screens are manufactured using silver nanowires that improve upon current and past manufacturing methods. Previous methods have proved to be both expensive and result in a brittle, non-transparent product. This new method is not only less expensive, but also yields a transparent, flexible result.

To create the nanowires, the network of wires was etched on a plastic and glass substrate that was then treated and coated. The group found that the strips of nanowire exhibited high optical conductivity and low resistance, which is desirable. The group was able to demonstrate that a screen with silver nanowire circuitry was able to be emit red, green, and blue light with differing biases, just as current displays do. This highlights the potential for silver nanowires to replace standard displays. They are committing to further research on how best to protect and maintain the circuitry, since it would be needed before attempting to successfully integrate it into a commercial product. They anticipate that these nanowires could also bring many new possibilities to built-in displays in windows and buildings.

LEDs have changed the game in the lighting industry and are only getting better, brighter, and more adaptable.