STEM and Inclusion: Women's Contributions to Optics and Photonics 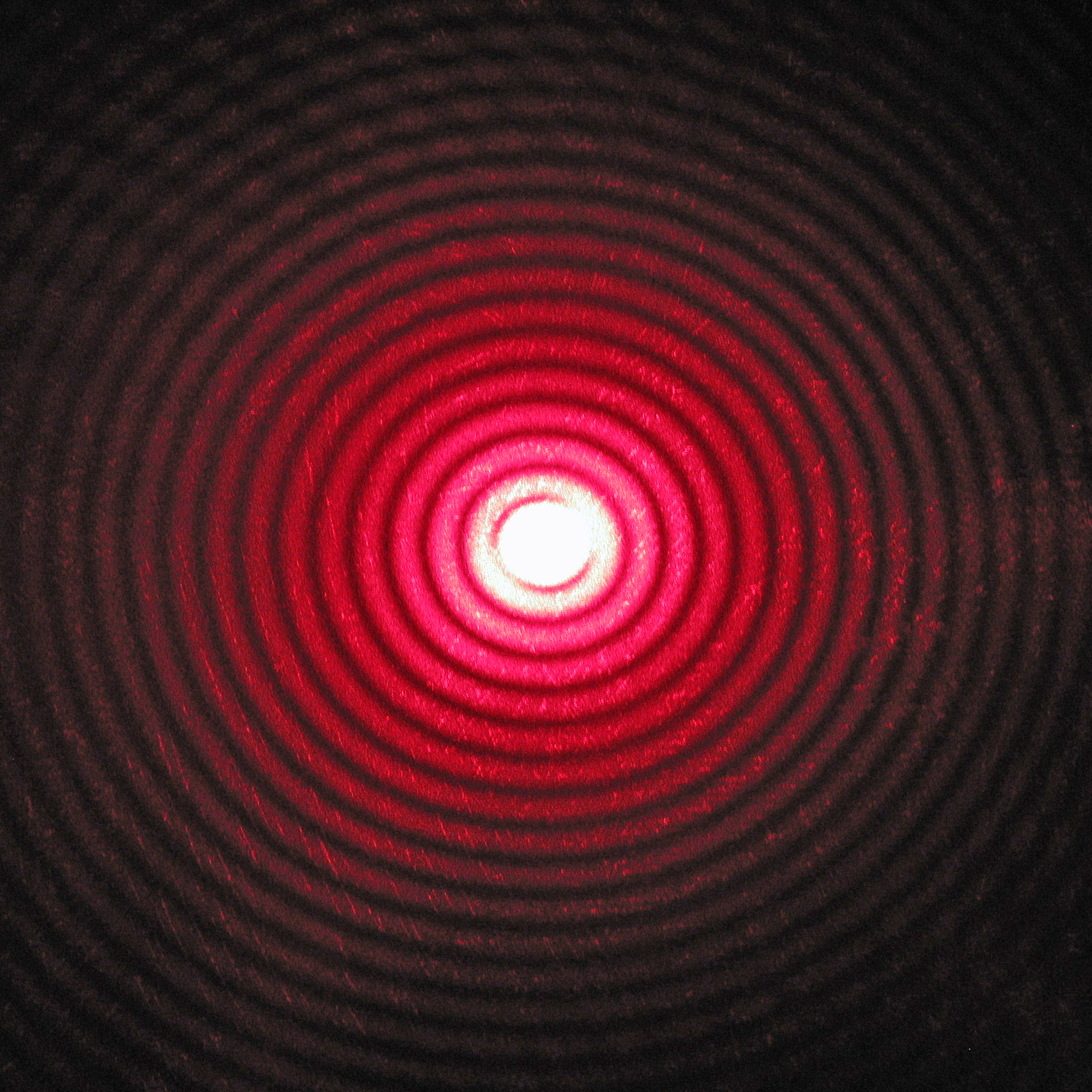 Pictured is a side effect of laser interference that isn’t observable without photonics – a key area of STEM that lacks involvement from women.

Women make up about 19% of SPIE Optics and Photonics (one of the leading optics/photonics exhibitions and conferences) plenary speakers, representative of an overall lack of diversity in physics and STEM. Engineering remains a heavily male-dominated field, making visible female figureheads an extremely important element to drive women’s participation.

Fields like optical fiber communications, medical spectroscopy and astrophysics are shaping the future of our society. It is vital that different groups receive equal representation as new technology broadens our horizons. SPIE and OSA have a variety of programs focused on boosting the number of women and minorities involved in optics, photonics and physics majors. Despite these factors, women have driven forward many of optics major progresses and play a central historic role in the field. 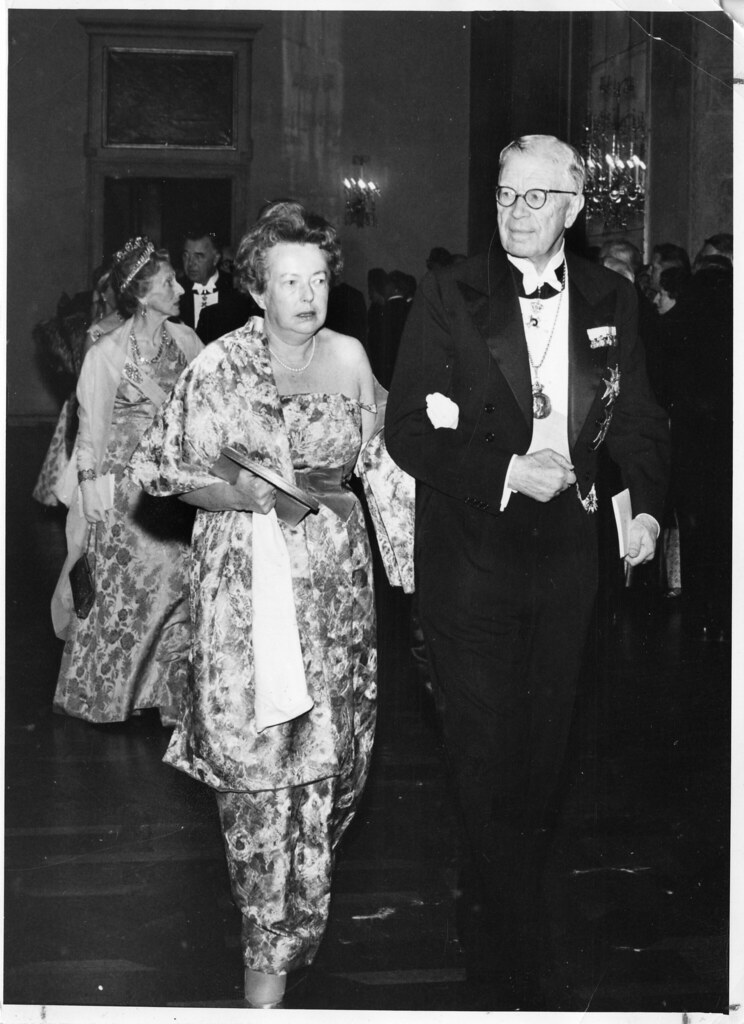 Maria Goeppert-Mayer as she becomes the second woman to receive the Nobel Prize. This is a pioneering moment for the inclusion of women in STEM.

Maria Goeppert Mayer was the second woman to win a Nobel Peace Prize for her work, the first being Marie Curie. She received her prize for discovering a model to determine the properties of the nucleus of an atom. The discovery she put forth changed the practice of photonics forever, with the realization of two photon absorption.

The key application is two-photon microscopy, and the medical imaging and research capabilities that it provides. Without this theory, fluorescence imaging that develops key treatments and studies the properties of deadly diseases wouldn’t exist. In fact, certain photodynamic therapies targeted at cancer rely heavily on two-photon absorption to kill malignant cells.

Without the foundation that Goeppert-Mayer set, scientists wouldn’t be able to harness the power of photo-polymerization. This is the key method in which researchers create 3D printed (or nano/microfabricated) objects and materials. Structuring techniques like these have grown rapidly and will change the way society manufactures goods of all sizes. Doctors may one day use nano-fabricated implants and devices in their decision making.

This goes to show the extensive nature of her work, and just how wide of an impact it may have. 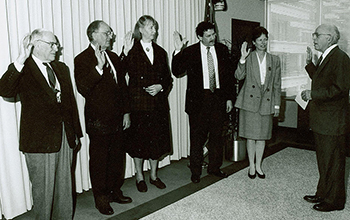 Pictured above is Elsa Garmire (in the middle) being sworn in to the National Medal of Science committee.

Elsa Garmire started her career under the advisorship of Charles Townes, one of the inventors of the laser. She quickly rose to prominence in the optics community with extensive post doctorate work, and later became the Director of the Center for Laser Studies at Caltech. She studied light’s effects on different materials, and the different patterns it produced when projected through different mediums. This led her to one of the earliest examples of an artistic laser presentation, or a laser light show.

She purposely left this idea unpatented, so that theaters and exhibits could display these laser light shows. While many choose not to acknowledge this achievement, integrating laser technology into entertainment is essential to drive enthusiasm surrounding optics and photonics. 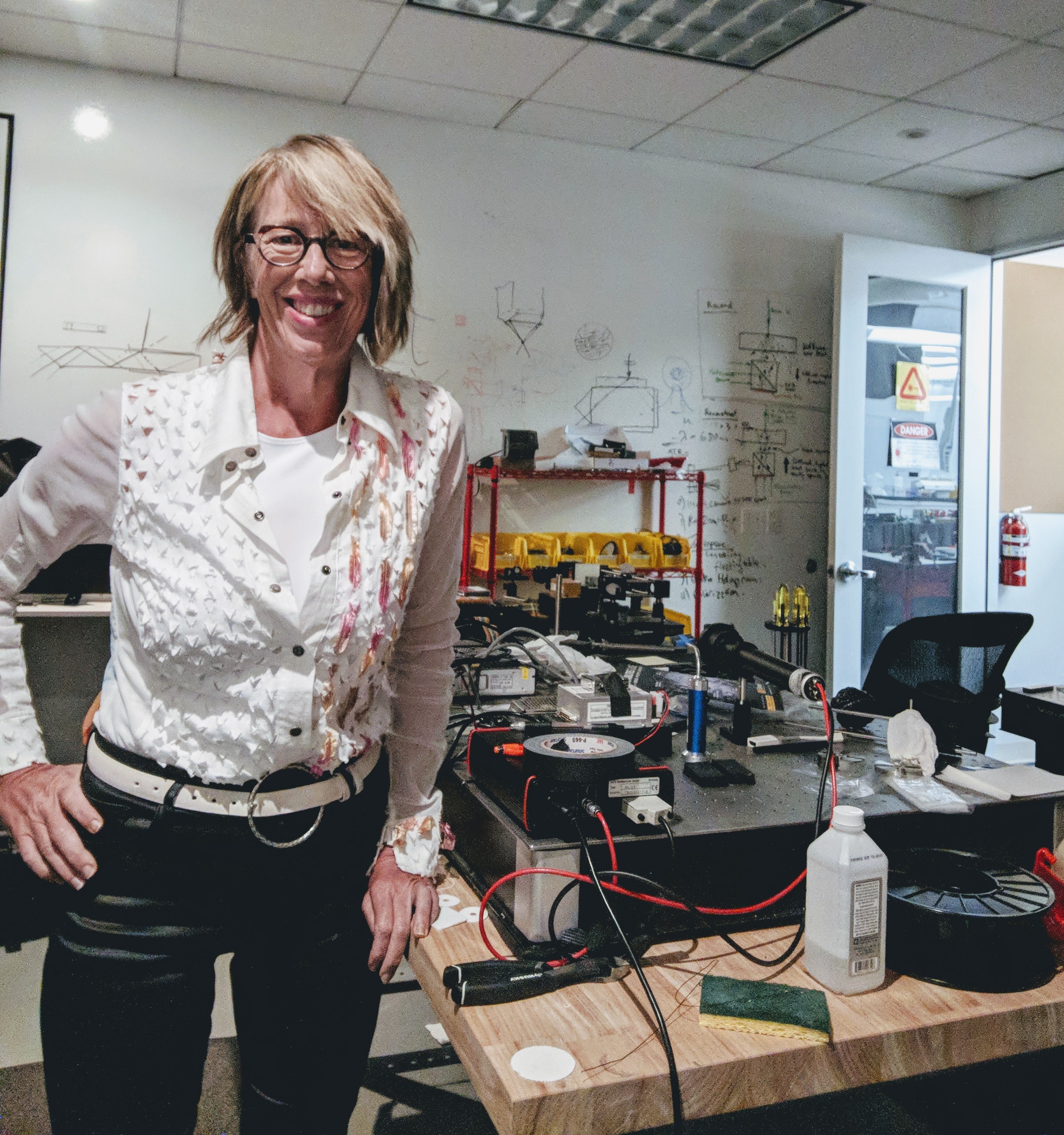 Pictured is Mary Lou Jepsen in the midst of work in a lab. Her groundwork as a researcher opened up doors for her to transition into entrepreneurship.

Mary Lou Jepsen is a great example of a woman who transitioned from a technical profession into executive positions. She was one of the first to create a holographic display with groundwork she performed at the MIT Media Lab.

Her transition began from the abstract to the concrete when she designed one of the largest ambient displays in Cologne, Germany. It was a holographic replica of the city’s historic district, recreating a city block as it would have appeared in the past.

Building upon her work in holographic displays, she created a low-cost computer to boost educational prospects for low-income communities. Overall, she boosted the advancement of display tech in HDTVs, laptops, projectors and VR/AR products used to this day. Her newest undertaking is a startup that applies infrared holography techniques to enable in vivo fMRI scans. 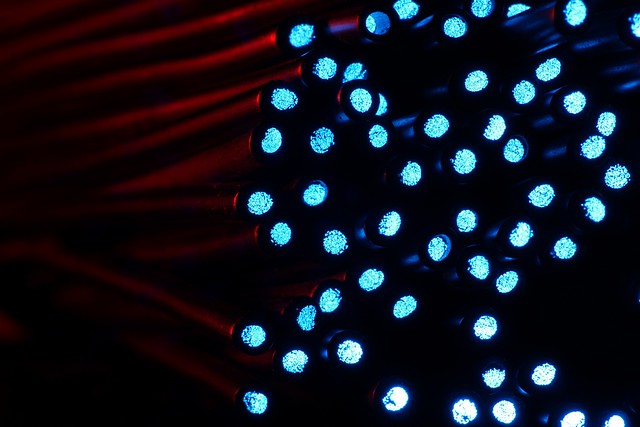 Pictured above is fiber optic cabling. This is a key area that was improved by Camille Sophie Bres’ research.

Camille Sophie Brès is an up and coming example of an acclaimed contributor to photonics, particularly as it relates to electrical engineering. Her work focuses on the ever-evolving field of fiber optic communications. In particular, the focus is on closing the gap between signal processing and transmission in optical systems.

This has opened new opportunities for short pulse and wideband signal transmission through nonlinear media. New nanophotonic devices built off this foundational work found homes in biotechnology and semiconductor manufacturing. Academic research is extremely important to advancing these areas. While commercial companies experience these benefits first, they trickle down to the average person by changing infrastructure. Fostering research changes the world, and it is vital that women have an opportunity to make these changes themselves.

Causes Behind the Disparity:

The causes behind economic and educational disparities between men and women are widely debated and discussed, typically without conclusive results.

Cultural and environmental factors likely play an influence on this, but many posit that women and men naturally gravitate towards different fields of work and study. In certain Scandinavian countries, the disparity between male and female STEM graduations remains. Whether this is a result of ingrained stereotypes, natural inclination, or something else entirely is up for debate.

No matter the cause, equal access to STEM fields is a net positive for any gender, color or creed that chooses to enter them. After institutions eliminate limiting environmental factors, the individual makes a decision for themselves. No external factors should play an influence on an incoming students decision on their field of study. Academic institutions are responsible in ensuring these factors are under control.

Many people in general fear that an engineering degree will hamstring their ability to take on leadership roles. However, often the best executives must have technical knowledge, especially in terms of photonics and optics startups. However, MBA programs and business degrees experience much more popularity among women with access to higher education.

In more economically advanced nations, this disparity is slowly but surely shrinking. In less fortunate nations, who need this participation the most, the situation is much more dire. The cultural and environmental factors previously mentioned are often more difficult to overcome in these areas.

Women of color are in a much more precarious position in terms of their STEM participation. It is particularly difficult for women in areas like the Middle East, Africa and South America to enter these fields for both economic and cultural reasons. For this reason, women of color are severely underrepresented in photonics, optics and STEM overall.

While many of the difficulties listed above are overarching societal issues, there is much that educators, industry professionals and influencers can do to further women’s involvement in these fields of study.

The solution begins in early education and must carry through to university with inclusive behavior in collegiate environments. Too often professors and researchers discount the abilities and contributions of women to their fields, and this bias carries over when grading their work, approving their publications, and providing proper accreditation.

Resources to help students and researchers must be equally distributed to those in need. Institutions delegate scholarships and research opportunities to the most prominent and successful groups. These groups happen to be predominantly male. This reward system inherently devalues the contributions and ideas of these less dominant groups which further drives inequality. Thus, they are ascribed less meaning, importance, and thus representation in research papers, academic articles and graduating classes.

The development of networking opportunities is a vital step to ensuring that women have access to research resources. Publishing research material can be a difficult undertaking, especially during PhD work, so it is important that women can publish work easily.

Academic institutions have a responsibility to conduct education and research using populations representative of their student bodies. No matter how small the portion of women and people of color is in STEM, this representation must increase for more people to partake.