The Importance of LiDAR in Self-Driving Cars 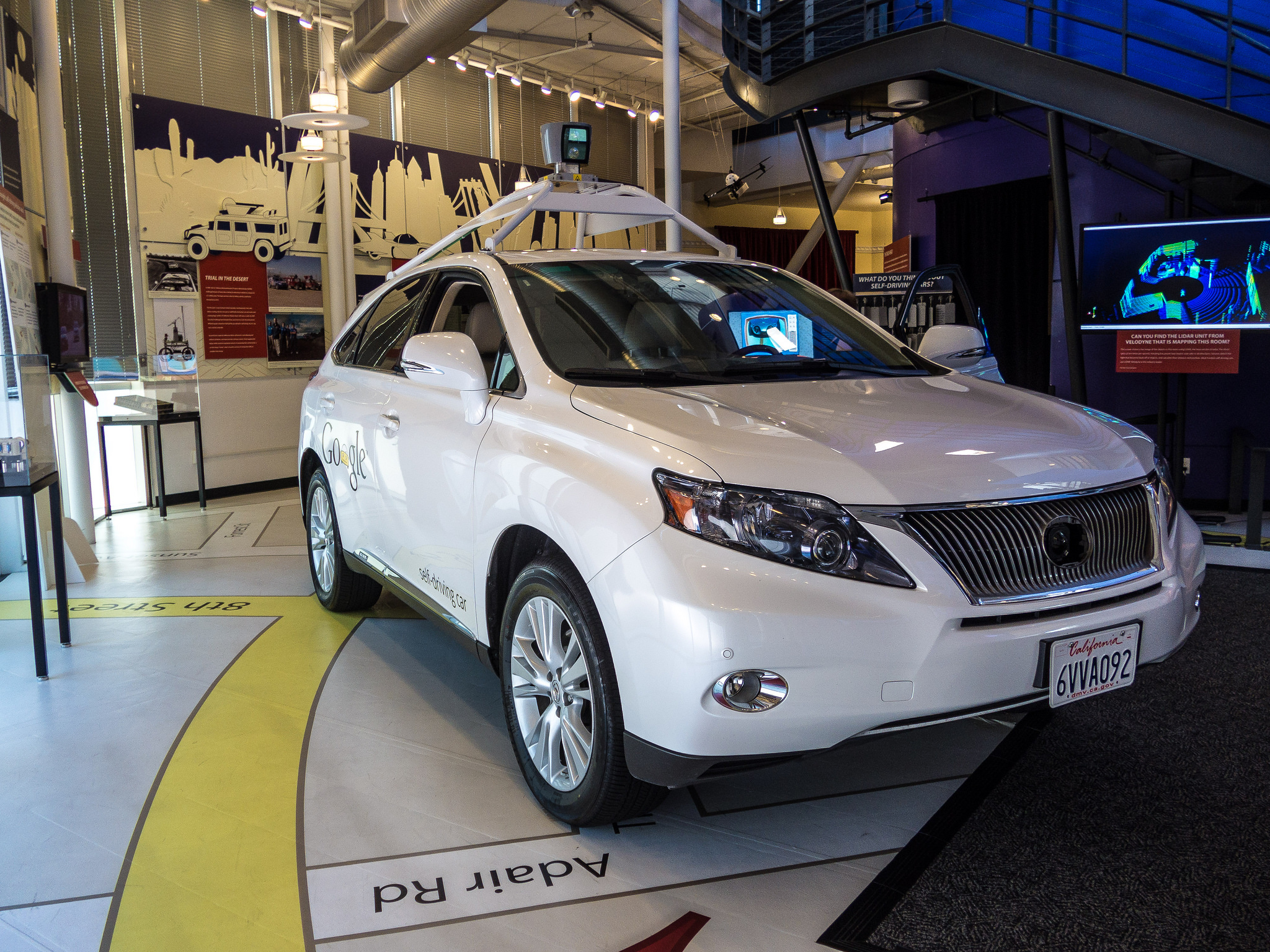 Pictured above is an early model of Google’s autonomous driving rigs. The LiDAR scanner is mounted on the hood, and to the right of the vehicle is the scanner’s reading of its surroundings. Image courtesy of Don DeBold on Flickr.

Autonomous vehicles are a scientific wonder that optics is turning into a reality. On top of being highly convenient, autonomy for vehicles can potentially reduce rates of collision. This article covers the most important feature that makes autonomous features possible: LiDAR, and how it can be even safer than manual operation.

LiDAR sensors are the spinning baubles that can be found mounted on cars across the U.S. They are deployed by Uber, Waymo, General Motors and most famously, Tesla. LiDARs are what enables a vehicle to image the obstacles, lane dividers, and stoplights around it.

LiDAR sensors fire off short pulses of light that reflect back towards the sensor’s receiver. Subsequently, the sensor measures how long each pulse takes to reach the target and travel back to the receiver. The sensor then produces an image based on the interaction between the light pulses and the target area or surface.

As of now, LiDAR can automate a few features of the driving experience, but they have limited applications. Braking and motion alerts are two safety features that LiDAR actively enables in current vehicles. Researchers need a whole host of different sensors before they consider full automation.

LiDAR is progressing fast as a portable tool: 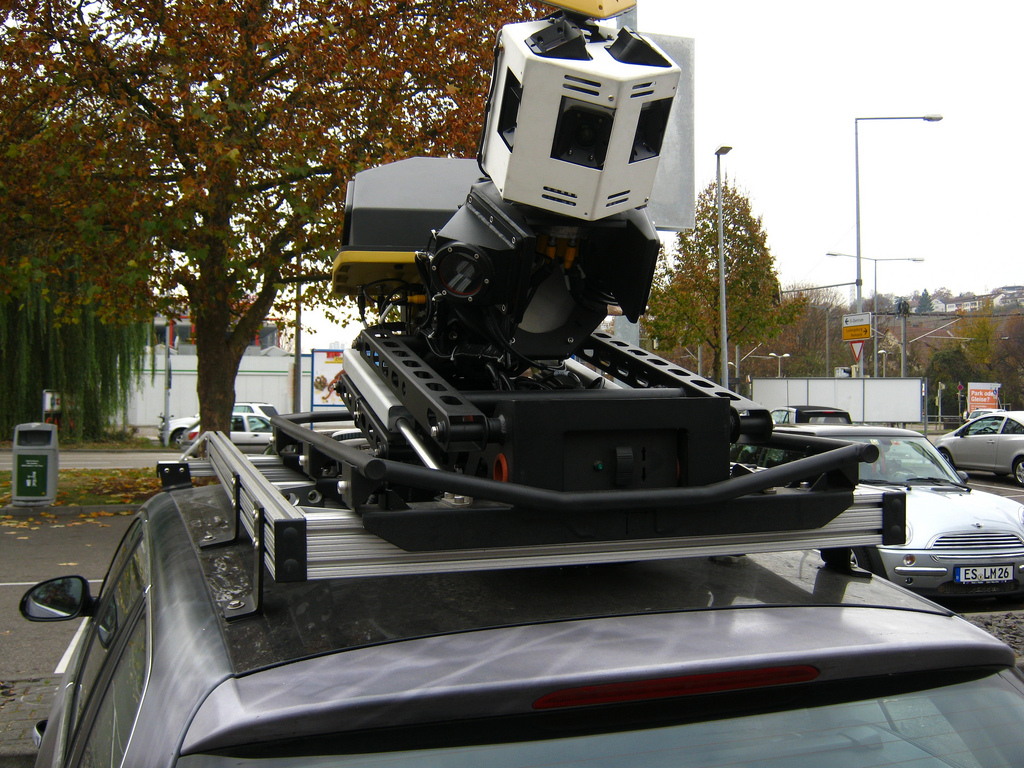 This is an extremely old model of a LiDAR car mount. The size difference between this mount, and Google’s more recent embodiment is drastic. It goes to show how quickly people are reducing the size of LiDAR systems. Image retrieved from Flickr.

Traditional LiDAR methods in automation have focused on using standard short pulse lasers for their readings. However, these have ran into a host of problems since their inception. The earliest forms of mobile LiDAR used diode lasers, whose wavelength could penetrate the eye which risked retinal damage. In this method, the sensor would be too weak to identify objects in time for the vehicle to brake.

Since the price of spinning LiDARs was too high to be commercially viable, researchers at Luminar began using scanners that move back and forth along a 120-degree angle. While this requires multiple scanners, there is much more room for downscaling than in spinning LiDARs. A revolutionary development in sizing down sensing is the single-chip LiDAR.

Chip LiDAR produces brief chirps in a continuous laser that replicates the ranging effect of a short pulse laser. This allows the scanner to keep the range associated with a long wavelength without requiring a high-powered laser that is potentially harmful. The only issue with these systems is that current configurations are complex and difficult to mount.

LiDAR’s ability to measure velocity is what makes it indispensable in detecting road conditions. Traffic conditions are ever changing, and sensors need to be able to react to variables like a car drifting out of its lane. While LiDAR sensors have been the best tool for this, they have had issues differentiating overlapping fields of vision.

Data processing technology needs to advance further for the vehicle to interpret more detailed LiDAR images, and to account for variables mentioned previously. Sensors have had trouble differentiating large vehicles from traffic signs or over passes. This was a potential cause of the 2016 fatality that occurred in a Tesla Model S, where the car failed to brake as a semi truck turned in front of it. Tesla has by far the most driving data about automated features and are in good position to remedy these failures.

Optical amplifiers are essential to ensure that this LiDAR data quickly reaches the car’s automated functions in time for a reaction. Amplifiers must be low noise as to not interfere with LiDARs reception. They also must be compatible with a single channel network, like that between a car’s interface and its sensors.

Developers are certain that LiDAR, along with other sensors, can create a fully detailed image surrounding the car that goes beyond what a human driver could observe. Mounting this combination of sensors is the focus of current research and data collection on autonomous vehicles. Miniature amplifiers will likely get more use as a part of cheaper LiDAR mounts for autonomous vehicles, since they have potential to reduce the size requirements of a continuous wave laser.

Why we need LiDAR:

Tesla’s CEO Elon Musk has posited that LiDAR’s importance hinges on the fact that it is necessary to collect and model data. He sees it as a temporary solution. His ideal automated car is based only on data models from existing automated vehicles. LiDAR is the best tool to collect this driving data and provide the basis for future automation models.

Developers use a tried and tested system of for LiDAR to relay info on when the system is used. This occurs even when the features are turned off. Tesla’s autopilot has a “shadow mode” that stands by and collects data so long as the vehicle is on. Not to mention, LiDAR has immediate applications to make vehicles safer despite not be as wondrous as full automation.

LiDAR may be cumbersome at the moment, but downsizing complex optical tools are important to more than just self driving vehicles. Researchers are downsizing continuous wave lasers so that LiDAR can be used in combination with other optical sensors, radars and ultrasound. With a multitude of sensors, cars can detect more variables on the road than the human eye ever could. In the end, any technology that can reduce collisions or alert drivers of danger is a welcome safety improvement, and will draw support.