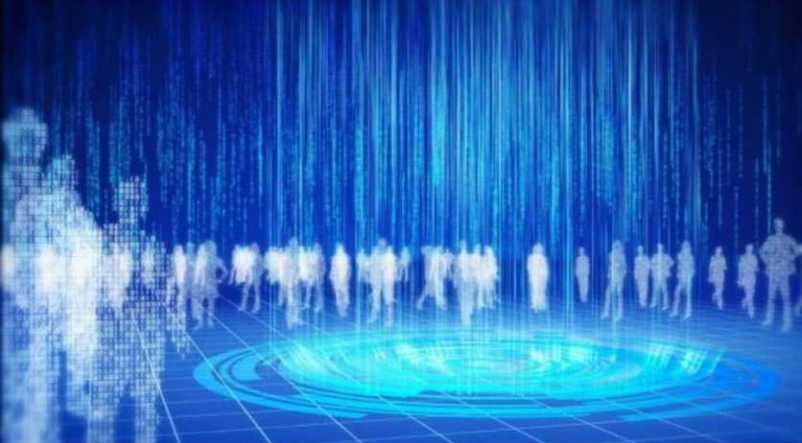 While teleportation might seem to be a technology that’s only possible in the distant future or sci-fi films, in reality, teleportation has been done multiple times and particles have been transported as far as 500km.

Teleportation is among one of the most highly anticipated and desired scientific advances of our time.  The idea that one could send anything to anyone anywhere instantly is certainly appealing, but is it possible? Yes, but not as it’s been described in science fiction (sci-fi). Today, particles have been teleported several hundred kilometers away, but not physically. Instead of physically moving the particle to a destination, it is instead recreated elsewhere, while the original is altered.

In contrast, sci-fi teleportation involves physically sending something, like a human being, to a predetermined location. While the technology in individual films vary, in many this is done by scanning a person’s body perfectly, down to the body’s sub-atomic particles’ quantum states, and then dematerializing that person and sending the scanned information to be rematerialized or reconstructed back into that original person somewhere else. However, this theory is fraught with multiple challenges, both philosophical and practical.

The most common ethical concern is that this teleportation technology could also be used to create clones. In fact, based on the description above the clones that could be made would be so perfect that there would be no possible way to tell the difference between the two, unlike biological clones. Because these copies are so perfect, it raises a number of existential questions about what a person’s identity means – if the clone is a perfect replica of the original, then aren’t they the same person?

Fortunately for philosophers, the conveniently-named No Cloning Theorem shows that it would be impossible to create these perfect clones of complex systems, like people. Much simpler systems with known attributes, like a photon, could be cloned and have been teleported by taking advantage of quantum entanglement. 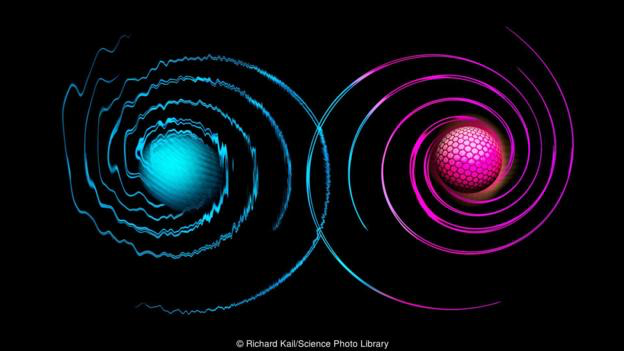 – Entangled particles appear to have an invisible connection and the ability to communicate with one another at speeds faster than light. When the spin orientation of one of the entangled particles is measured, the spin of the other instantly assumes the opposite orientation, without any identifiable signal. Picture courtesy of Richard Kail and the Science Photo Library.

Entangled particles are a set of quantum particles, like photons, that have properties that are, in a sense, co-dependent. Take, for example, the quantum property of spin. For any given particle, its spin can either be “spin up” or “spin down”, but it is impossible to know for sure without making a measurement. Interestingly, once this property of the particle is measured it does not change. This is essentially like flipping a coin. While the coin is in the air, it’s landing position is uncertain, but once it lands, it will either have a heads or tails facing up, forever.

Once one of the entangled particle is measured, the other unmeasured, entangled particle will immediate assume the opposite spin orientation. The incredible phenomenon of quantum entanglement not only allows for rapid information transfer, but also makes teleportation possible.

Entanglement and its properties are most easily explained with the previous example of flipping a coin. This time, imagine that you’ve flipped two, entangled quarters. As the two coins descend, you catch one and a friend catches another. Each of you catch a coin and move far away from one another without peaking at how the coins have landed. While you’re moving away from each other and have not looked at the coin, you have no way of knowing how it landed. All you can be sure of is how your friend’s coin will be the opposite of yours. As a result, when you see how the coin in your hand landed, you would immediately know how your friend’s coin landed no matter how far away your friend was or whether they had looked at their coin.

Quantum teleportation has been used to transmit information hundreds of kilometers away from Earth through the use of entangled photons. Picture courtesy of Science Alert.

Today, teleportation works much differently than it is portrayed in many sci-fi films. As discussed above, teleportation is unable to replicate complex systems, like people, or physically transport an object. What teleportation can do, however, is transmit detailed information quickly over large distances. Though this technology is still in its early stages, it holds a lot of promise in a variety of practical applications, such as cryptography.

The biggest issue with teleportation and entanglement, as discussed thus far, is that there is no ability to choose what state will be sent where. (When two particles are entangled their spin is entirely up to chance, even though they must be opposite of each other). In order to intentionally teleport information, one needs to use at least three particles, two of which (say #1 and #2) must be entangled (EP) with one another. The third particle (#3) is the one who’s information is to be teleported to someone who has possession of #2. In order for this to work, the same person must be in possession of #1 (EP) and #3 so that they have some means of sending information to the owner of #2 (EP).

Without detailing the mathematical specifics, this process begins by making a measurement, called a Bell measurement, of #1 and #3 together. ( If #3 was measured directly then it would be irreversibly changed.)

Because particles #1 and #2 are entangled together, making this measurement will affect both of these particles. When this measurement is made, only four outcomes are possible for a given input. Once the owner of particle #1 records the outcome of the measurement, they can communicate it to the owner of #2 through some non-quantum channel (e.g. a phone). Because all outcomes are known and #1 and #2 have opposite properties of the other, the owner of #2 can change their particle to an identical version of #3 using a relatively mathematical operation. Thus, #3 has been “teleported”.