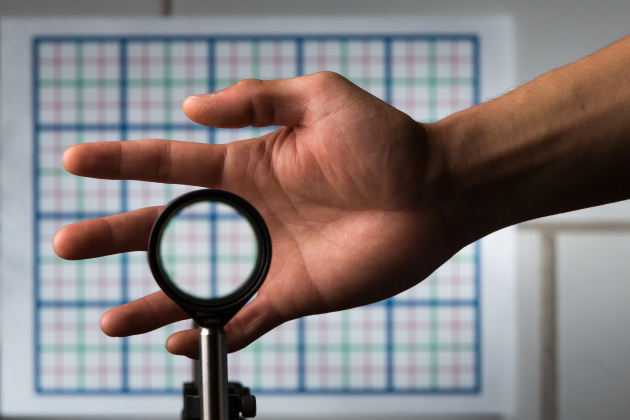 Optical cloaking makes the power of invisibility a reality. Even relatively simple optical systems can be designed to bend light rays and completely hide objects as large as people from view. Picture courtesy of the University of Rochester.

While most people would consider invisibility to be an unattainable superpower or limited to existing in sci-fi films, in reality, invisibility is not as impractical as it sounds. A technique, known as optical cloaking, allows objects to be hidden in plain sight and makes invisibility a promising new reality. By taking advantage of relatively basic optics, objects as large as people can be completely hidden from view.

In 2013, the University of Rochester produced a short video demonstrating how one possible optical cloaking device could completely hide something from view.

While this may at first appear to be something out of science fiction, this set-up is actually simpler than you might imagine. As is the case with all cloaking devices, it works by insuring that the light rays that hit your eyes will completely bypass the object being hidden. As a result, it appears that there is nothing in sight. In the case of this video, it appears as though light passes directly through a pane of glass. As shown in the figure below, the light rays appear to be moving straight through the “glass”. Because it is easy to see the person moving around the mirror, it is easy to mistakenly assume that it is actually a pane of glass. Instead, there is a small child that is actually hiding behind a series of angled mirrors that work together to create this optical illusion. 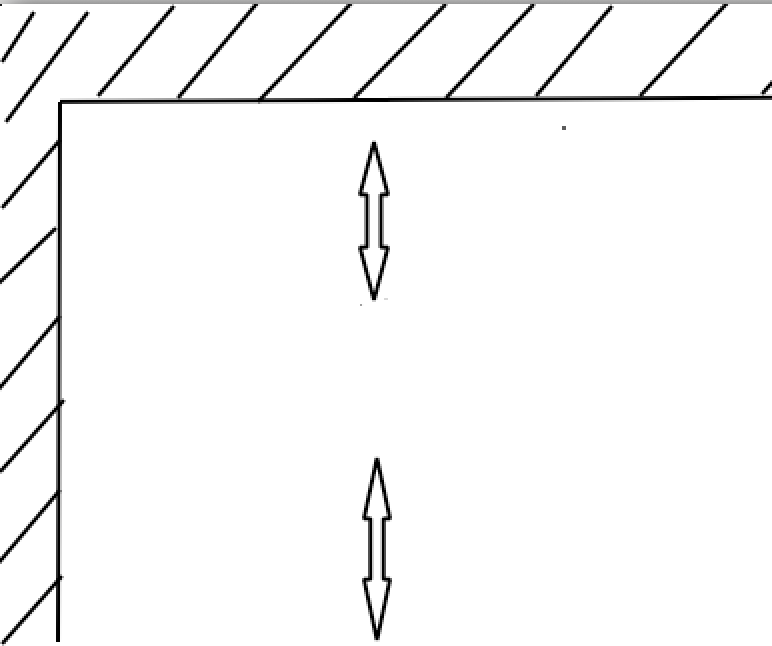 A depiction of how the light rays appear to be moving in a straight line, making the mirror seem as if it is actually a pane of glass.

While the previous illustration shows what at first seems to be the most logical path, the light rays’ actual path looks more like what is shown in the diagram below. 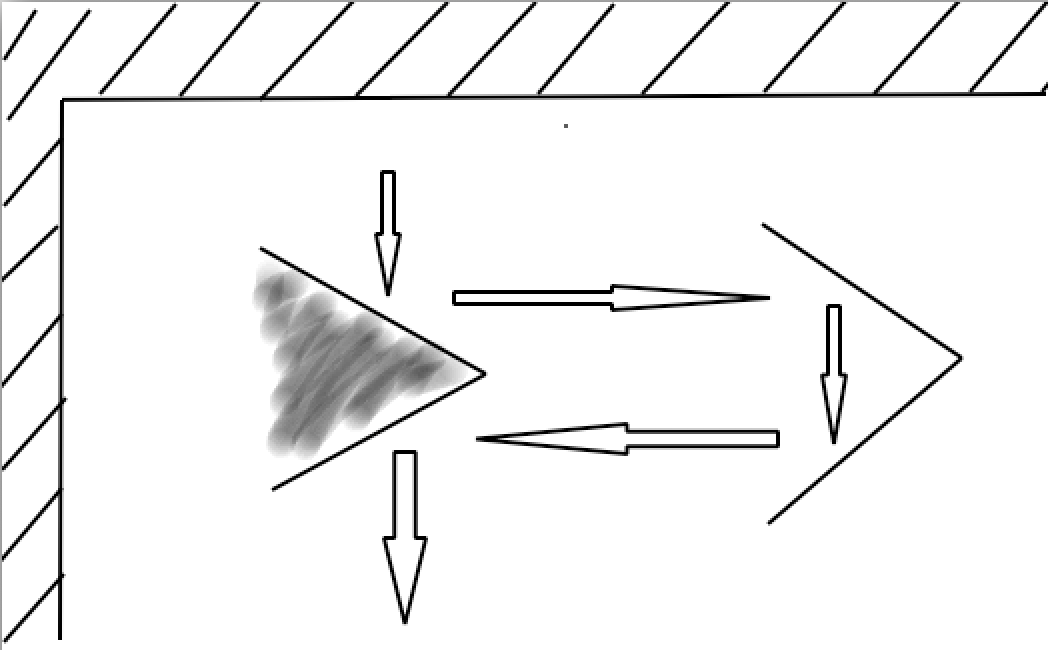 A depiction of how the light rays pass through a series of mirrors that are designed to hide a large region (shaded gray) from view. Because light rays that hit the first mirror head-on never reach the shaded region, everything in that space is hidden from observers.

Here, the angled mirrors clearly force the light’s direction to shift from its natural path, completely hiding the shaded region from direct incident light rays. As a result, anyone looking at the wall head-on, as in the video, would be unable to see anything that is in that region.

An optical cloaking device that hides objects by taking advantage of the focal lengths of a set of lenses. The path that light rays take through the device is shown by shining a green laser through the series of lenses. Regions of space where these light rays do not pass between the lenses are “hidden” from those looking directly through the lenses. Picture courtesy of the University of Rochester.

Optical cloaking using lenses works by using the same basic concept as when mirrors were used, but with a small difference. Instead of manually directing the light rays with a series of mirrors, this form of optical cloaking takes advantage of lenses’ natural focal lengths to create naturally hidden regions.

In these devices, whole objects can be concealed even when an observer looks directly at them, while mirror cloaks physically obscure them. As shown in the figure above, there are multiple large regions that can be used to hide objects, because light rays simply do not pass through that region, so there would be no way for an observer to know that they were there. However, one disadvantage of using lenses to optically cloak objects, is that it cannot hide objects when viewers look through lenses at different angles. In the case of the optical cloaking set-up shown above, looking through the lens more than 15˚ to either side will cause the object to be visible.

A depiction of the “hidden” regions, shaded in blue, of an optical cloaking device that is built using lenses. Because the incident light rays, shown in orange, do not pass through these blue regions, an observer would not be able to see objects located there. Picture courtesy of Nanoscale Informal Science Education Network.

This type of optical cloaking has the potential to be extremely valuable in a variety of situations. For example, surgeons and other medical professionals could take advantage of optical cloaking to improve visibility during procedures by being able to “see through” necessary medical equipment that could obstruct their view. The ability to eliminate these same type of blind spots through optical cloaking could also improve safety for pilots and drivers around the world.

As you can see, creating one of these devices at home is actually relatively simple. Every element of the cloaking device is made using readily available optics. All that is needed is 2 sets of convex lenses with two different focal lengths. A detailed explanation for how you can create your own optical cloaking set-up is available here.

You can read more about basic optical cloaking and view more video demonstrations by clicking here.

This type of cloaking still works by using the same concepts as cloaking with lenses, discussed above, but in this case, incident light rays are only temporarily diverted by manually altering a lens’s index of refraction, thus changing where the “hidden” spaces between lenses is. While the technology for temporal cloaking is far from perfected, its ability to manually divert rays at will to obscure an event could have an even wider range of applications in medicine or the military in the future.

To read more about one innovative demonstration of temporal cloaking by clicking here.