As discussed in last week’s article, optics research requires precisely controlling the responsive and unwieldy entity of light. Advancements in electro-optic modulators now allow researchers to change various aspects of incoming light waves to produce high-precision and high-quality beams of light. Electro-optic modulator (EOM) uses a signal-controlled component in combination with an optical medium to modify the phase, amplitude, or polarization of a beam. EOM can consequently be used in many applications including communication systems, laser cooling, and astronomical imaging.

Light propagates at varying speeds dependent on a given material’s index of refraction. More specifically, it appears to slow down when it moves from an index of lower refraction like air into a medium with a higher refractive index. If we could somehow modify the the refractive index, we could thus control the propagation of light through a medium. One such phenomenon is the electro-optic effect that allows modifying the refractive index of a medium by subjecting it to an electric field. Electro-optic modulators exploit this effect by sending an electric signal through a medium (typically a crystal) to shift the refractive index and therefore change properties of an incoming light beam. A wide array of optical devices exist that exploit this phenomenon and we will learn about some of the most prominent of them in this article.

The basic function of an electro-optic modulator is to shift the phase of the output beam. The most common of the phase modulators is the Pockels cell. These devices consist of a crystal and a set of electrodes that apply variable electric voltage that runs across the crystal medium. The variable electric field induces a variable and controllable birefringence that can easily rotate the polarization of the incoming beam. Together with polarizers, Pockels cells act as superfast shutters. They find numerous applications from preventing a feedback of a laser cavity to quantum key distribution by polarizing photons. In certain laser configurations their presence is necessary to produce an optimally stable laser beam throughout its entire optical path. 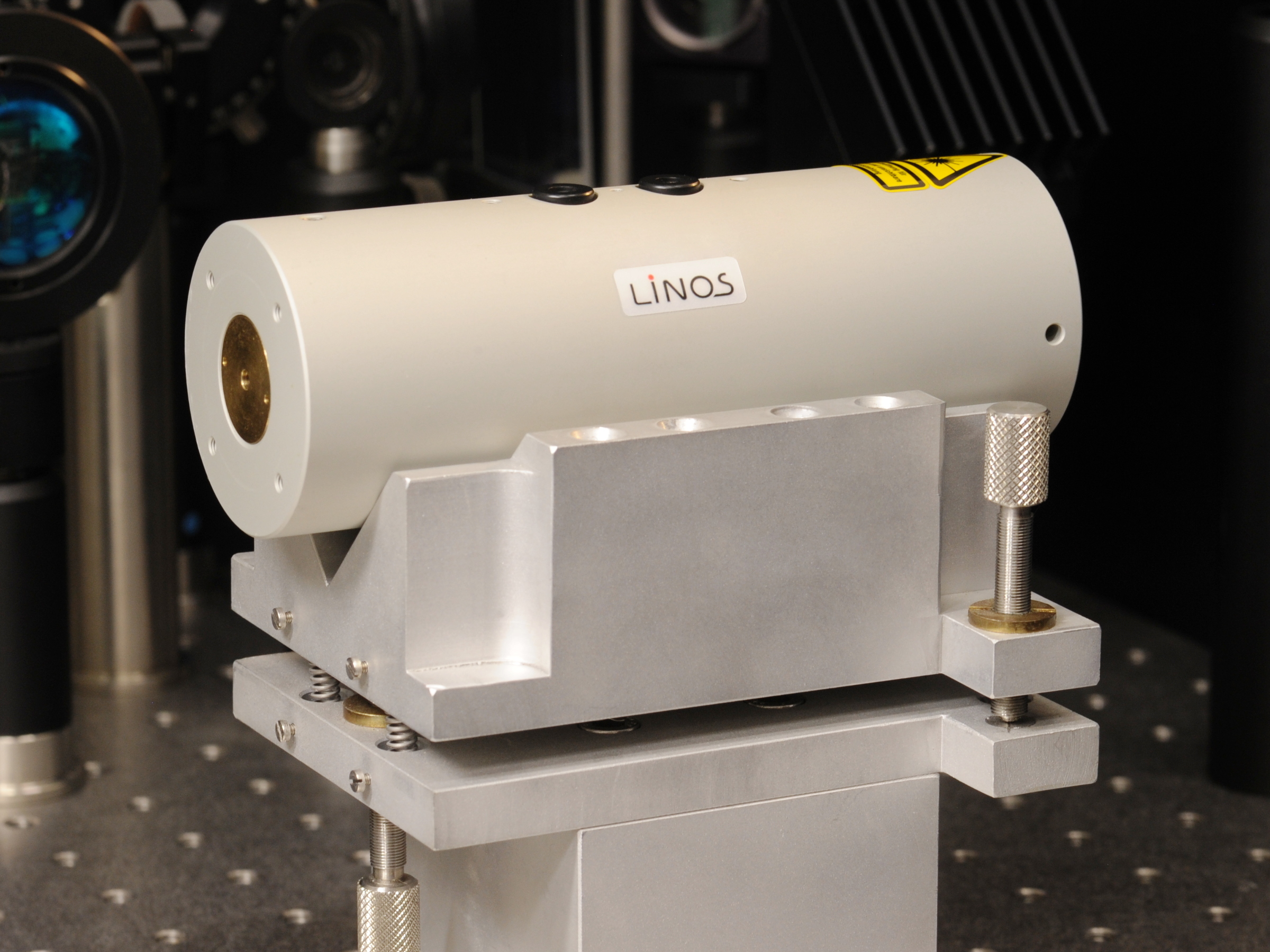 An example of an electro-optic phase modulator for free space beams. Courtesy of Wikipedia.

Phase modulators can also be used as amplitude modulators by employing a Mach-Zehnder interferometer. We first divide the laser light along two separate paths using a beamsplitter. One path will enter through a phase modulator while the other remains in free space. The paths recombine using mirrors and interfere with each other to form a resultant wave.  The amplitude of this wave, therefore, depends on the applied phase change of the affected beam. A phase change that creates constructive interference increases the wave’s amplitude while resulting destructive interference diminishes the amplitude.

Magneto-Optical Traps (MOTs) use laser light in combination with strong magnetic coils to trap atoms. Researchers project a laser beam at the sample of atoms to significantly slow them down.  In order for the photons that make up the laser beam to affect the atom sample, the photons must propagate at the resonant frequency of the atoms. This resonant frequency, however, is not always easy to find. MOT setups often use EOM to generate sideband frequencies. This creates a broader spectrum of pulsed laser light. Using a Fabry-Perot interferometer, researchers are then able to tune the laser using the created spectrum to identify the resonant frequency. This technique is known as phase locking. EOMs significantly increase the efficiency of phase locking systems and stabilizing laser frequency. 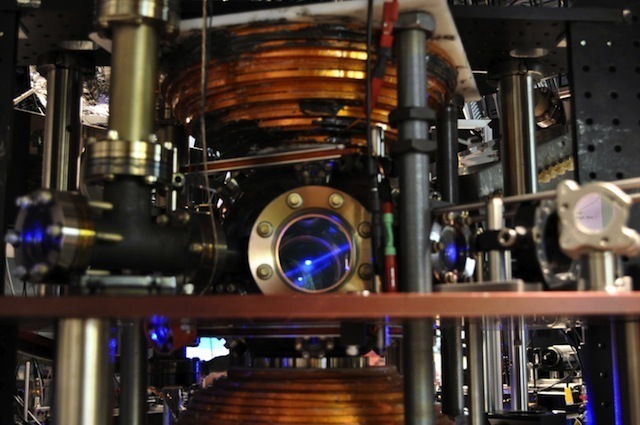 Light has the potential to store and transmit data. Fiber-optic (FiO) communication systems take advantage of light’s transmitting abilities by sending light through fiber optic cables into a device that translates the information from optical to electrical signals. One challenge in FiO networks is the limited transmission distance due to attenuation and fiber distortion. Researchers then often use EOM in these systems to broaden the bandwidth of the transmitted light wave. This allows the cable to efficiently transmit multiple frequencies along the carrier, essentially maintaining the strength and intensity of the received signal.  Increasing travel efficiency allows us to transmit data at near the speed of light. Fiber-optic cables vary in width and projected light path. Single-mode fibers are used to carry signals over long distances as with internet, television, and cable. Multi-mode cables are put to use for short distances like in computer network linking.