Do you have a new prototype and want to test it within hours? Welcome to the world of 3D printing. By layering the 3D object from the ground up by using thermoplastics or metals, people around the world can create anything that their minds can imagine. From building small toys to aerospace defense parts, 3D printing has redefined the possibilities of printing. Within the world of 3D printing, there are numerous options and applications to choose from. This article will summarize some options and features of 3D printing that you might have not heard about before.

Thermoplastics are an ideal material for 3D printers since these plastics melt at a certain temperature and then quickly solidify when cooled. Some thermoplastics that are commonly used include ABS (acrylonitrile butadiene styrene), PLA (polylactic acid), and PETG (polyethylene terephthalate glycol).

ABS is widely used for plastic computer parts and legos. The plastic is solid at room temperature (20 C) and melts at around 100 C. ABS is superior in strength for its weight, impact resistance, insulating, weldability, and strain resistance. However, it has poor resistance to weathering, burns, scratches, cracks at high strain, and low service temperatures.

PLA is softer but much heavier, making it a stronger thermoplastic. It is a favorite among the 3D printing community due to its eco-friendly recyclability and ease of use.

PETG has mechanical traits that is close to ABS and is considered to be in the middle between weak and malleable to strong and hard.

Diagram of PLA vs ABS vs PETG. Image courtesy of Stampomatica.

The process of 3D printing is pretty simple: the printer uses stepper motors to accurately position the heated head, which then ejects molten plastic onto the printing surface. Here, the plastic will solidify and it will be capable of supporting another layer on top of it. The heated plastic on top will melt into the lower layer, making a homogenous bond between them and naturally making the structure stronger. Placing thousands of layers on top of each other results in a beautiful 3D structure. This method is called deposition and it is the most common 3D printing method.

In this section we will discuss a few of the more common 3D printing methodologies. While the concept behind them is fundamentally the same there are quite intricate differences making one advantageous over another depending on the application setting.

However, there are some differences between the two, starting with the nylon powder coat. During selective laser sintering a roller is used to distribute an even layer of material across a flat surface. The printing bed is then heated to a level just below the melting temperature of the powder, requiring less power from the laser to liquify it. 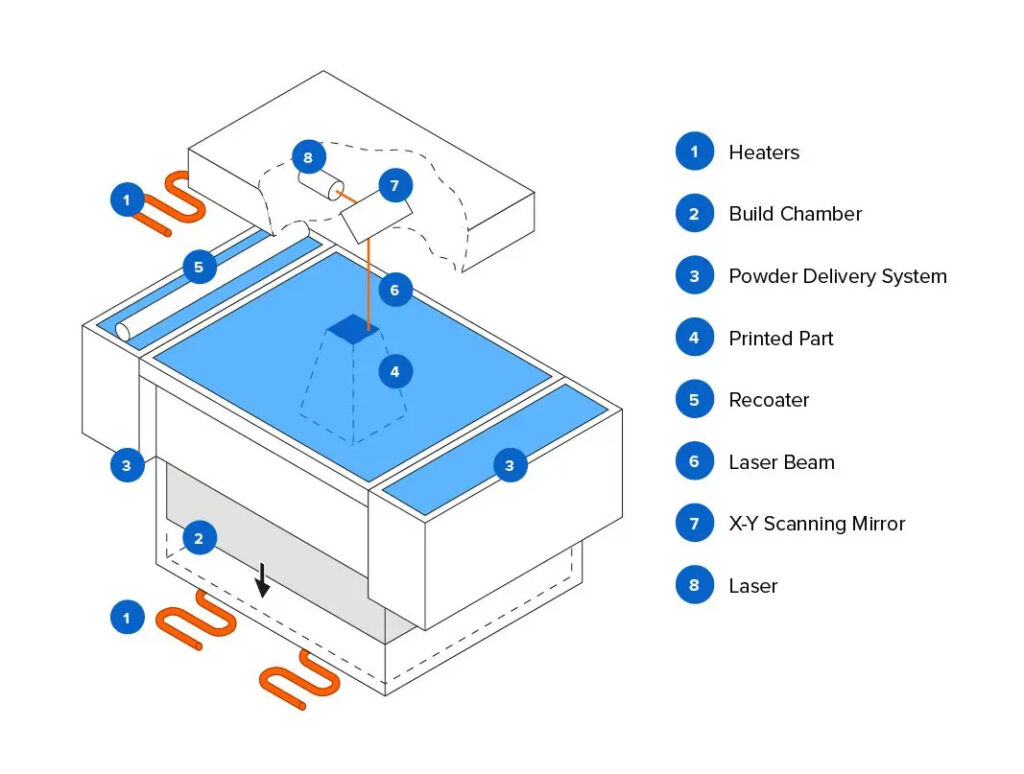 How SLS 3D printing is done. Image courtesy of formlabs.

Subsequently, the laser is guided through the targeted path, liquifying the powder and then solidifying it to create a more rigid material. Another layer of powder is rolled on top of the previous one and the process is repeated again. This is called powder fusing. This process will effectively fuse the two layers together; and layer by layer the structure is created. These machines tend to be large and are often difficult to clean and maintain, making it a burden for large companies looking to mass-produce 3D models.

Using the same properties as SLS printing, digital light process (DLP) substitutes liquid for the powder used in SLS printing. Using liquid instead of the powder allows the printer to project a large area with UV light. This is done by taking slices of the structure in the x-y plane around 100 micrometers in thickness.

The cross-sectioned images are then displayed by a digital micromirror device (DMD) where the UV will be dispersed into an image. The liquid will solidify where it is exposed to the light, hence the whole cross-section will be printed onto the previous layer. This solidifies an entire layer at once and the process of creating a large structure becomes much faster. One big disadvantage of DLP is that it has a difficult time reproducing circular and curved surfaces. This is due to the pixel size of the image that is being cast onto the vat. 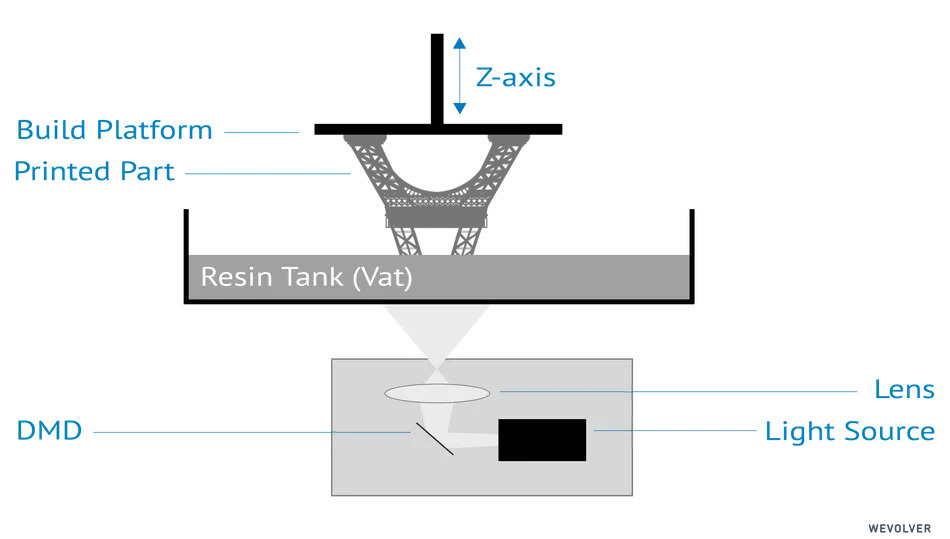 How DLP printing is done. Image courtesy of Wevolver.

Metal can also have the same properties as thermoplastics; it can be liquified to print and then left at room temperature to solidify. Using the exact same properties as deposition printing, companies can 3D print metal parts. Metal can withstand heat better and is much stronger than plastics. Alloys are typically used because you can combine many mechanical properties together, so companies look towards powder fusing. Alloys are created by a powdered metal composite and then liquified to layer and guide the metal.

Unfortunately, these techniques can cause air bubbles, commonly referred to as keyholes. They form within the structure which can negatively affect its strength capabilities. However, the integrity can be restored with a recent development by the Heriot-Watt University showing that adjusting the power, spot size, and scanning speed, can control the fume and minimize these keyhole productions. 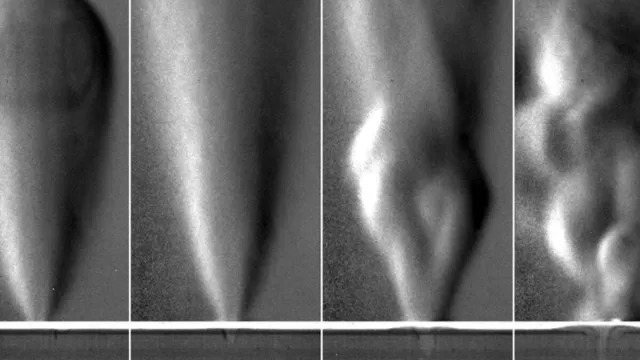 Different fumes can be created by metal 3D printing that can negatively affect the performance of the structure. Image courtesy of Digit News.

Another issue with metal printing is the finished product. There tend to be numerous areas with overhang and extrusions due to support building. These can hinder the performance of the final metal model. Moreover, the post-processing with computer numerical control machines (CNC milling) or chemical milling can be quite time-consuming. Due to this, manufacturers have not fully incorporated metal 3D printing into their assembly line.

To counter these effects, researchers have developed a new “contactless support” that doesn’t touch the metal part at all but removes heat from the structure to solidify the shape. This process could finally enable car manufacturers to start 3D printing parts into their newer models, saving time and increasing durability.

If you want to create your own model or gadgets or have a rapid prototyping task in front of you, look into 3D printing. With many plastics and now metal options available, essentially anyone can use the benefits of 3D printing in their homes. Big manufacturers of cars and planes still need time to incorporate metal printing into their assembly lines. Hopefully, with the rise of these new technics, companies will be satisfied with the performance and flexibility of 3D printing and reduce prices for consumer products.