Fiber optics have a wide variety of important applications. More and more, fiber optics are becoming an increasingly valuable part of multiple sectors, such as in entertainment, healthcare, and infrastructure. Picture Courtesy of Groman123 (Flickr)

In our blog we have discussed fiber optics and its applications that become increasingly present in our daily lives. As a means of communications in high-speed data transmission fiber optics made our world more connected than ever before in our history. In hospitals, optical fibers have helped millions in advance diagnostics of life-threatening diseases by enabling state of the art technologies in modern endoscopes, and advancing the medical care to unprecedented levels. Finally, we also talked about a rather unusual use of these unique optical elements in water pipeline infrastructure monitoring and maintenance. Combining with some basic spectroscopy engineers were able to quickly find deterioration or broken segments within major pipelines by continuously monitoring water pressure within the pipes.

The industrial applications of optical fibers are rapidly growing, while the benefits become far reaching. Today we will discuss about yet another breakthrough in the field of energy storage monitoring – an area that has become a pressing point for many nation states.

As Earth’s climate continues to warm from greenhouse gas emissions, the need for finding renewable energies is greater than ever before. Some of the most common and well-known renewable energy sources, wind and solar energy, are not always available to provide energy and must be stored in a convenient device for some time before it can be used.

Luckily, a potential solution already exists and is widely available – supercapacitors. These devices can store large amounts of electrical potential energy very quickly and have hundreds of thousands of charge cycles in their average useful life. While supercapacitors have a wide variety of potential uses, they have a major drawback: there’s not a convenient way to monitor their charge state or how efficiently they’re working. 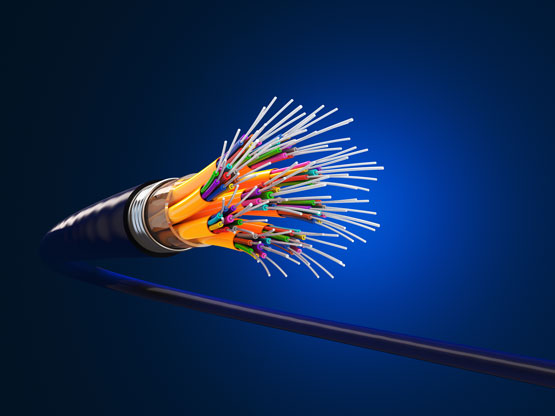 As the need for renewable energy continues to grow, using supercapacitors to store the energy has become increasingly popular. Nonetheless, no convenient ways to monitor supercapacitor efficiency existed until recently. A team of Chinese and Canadian researchers have discovered that fiber optics can be used to monitor the charge of supercapacitors. Picture Courtesy of LEONI – a maker of single-mode fibers

When supercapacitors are used in small-scale settings, this drawback is not much of an issue, but it can become hugely problematic when attempting to store large amounts of energy. Fortunately, a recent advance in optics has a solution. A team of Chinese and Canadian researchers have recently demonstrated that optical fibers can be used within supercapacitors to monitor the flow of charge to monitor how well the supercapacitor is working by taking advantage of electrochemical surface plasmon resonance (EC-SPR).

What is a Supercapacitor? 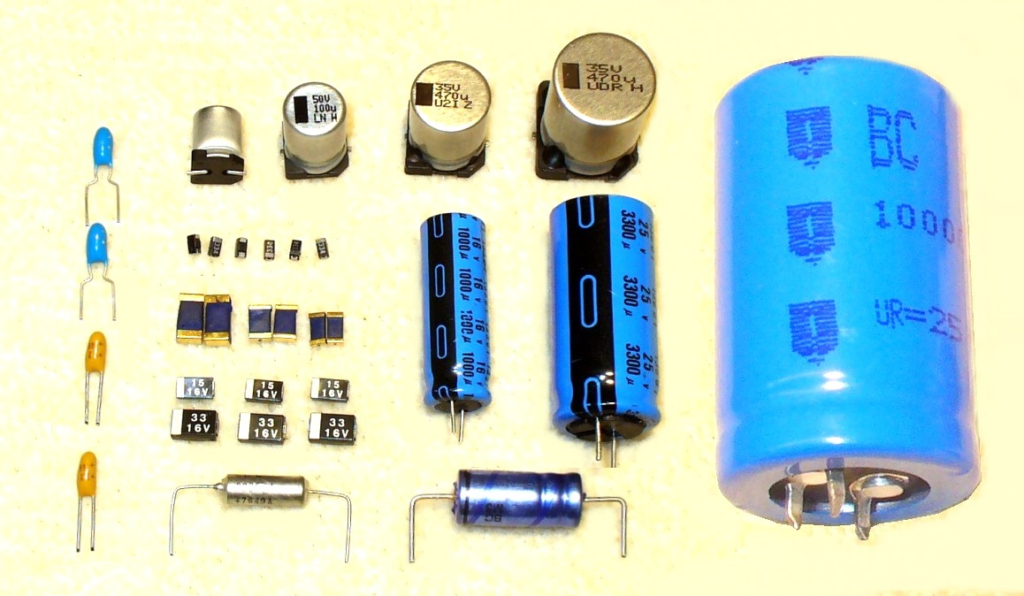 Capacitors and supercapacitors are available in a lot of different forms, but all of them work essentially the same way. By using an insulator to impair the flow of electrons from terminal to terminal, supercapacitors can store large amounts of electrical potential energy that can be used later to do work. Picture courtesy of Wikipedia.

Regular capacitors come in a variety of shapes and sizes, but they all have one common function: to store electrical potential energy. They have this ability, because within their outer shell is an insulator, a material that obstructs electron flow, that is situated between two conductors, a material that facilitates electron flow. This makes it more difficult for electrons to move easily between the conductor’s terminals and allows electrical potential energy to build up within the device. Supercapacitors are, predictably, just super capacitors. Their design is very similar to standard capacitors, but they’re able to store substantially more charge than a regular capacitor and can store that energy much more quickly than a standard battery.

While supercapacitors are commonly used in small-scale applications, they have not yet been practical to use in the large-scale energy industry. While it would be relatively simple to just make a very large supercapacitor to store wind or solar energy, there is not currently a convenient way to monitor how well these superconductors are storing and discharging electrical energy. This problem would become increasingly crucial as renewable energy stored in superconductors became a larger proportion of the overall power supply. 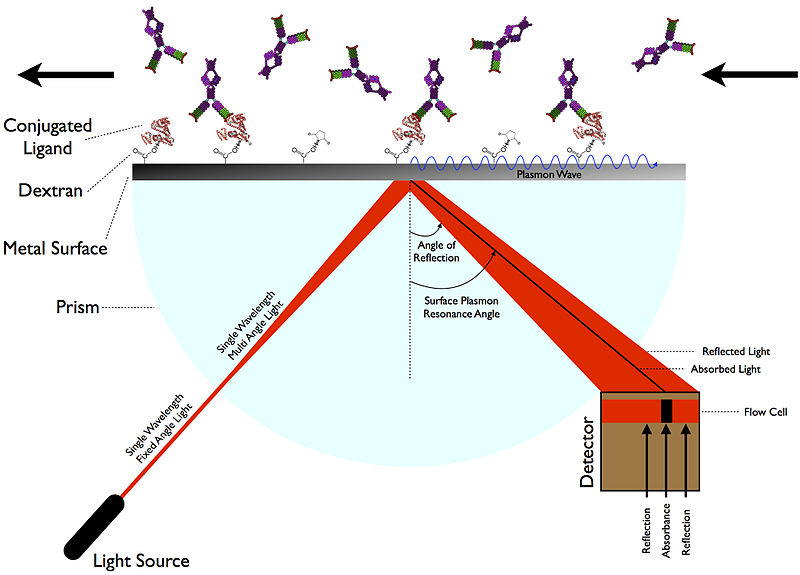 A diagram outlining the basic science behind Electrochemical Surface Plasmon Resonance (EC-SPR). Essentially, the differences in molecular interactions alter the intensity of reflected light. By comparing this intensity to that of incident light, EC-SPR can be used to monitor the metal or metal device, such as a superconductor. Picture courtesy of Wikipedia.

The term “Surface Plasmon Resonance” describes an optical phenomenon in which incident light hitting the surface of a metal induces a resonant oscillation of electrons at the interface between negative and positive permittivity material thus revealing information about electrochemical interactions on the metal’s surface. Often, this analytic technique is used to monitor binding site interactions in biological systems with biosensor devices, but it has also been used to study electrochemical interactions with metals. This can be done because when molecules interact with a metal, it alters the metal’s refractive index. As a result, the intensity of reflected light changes as these surface interactions as the superconductor charges.

By continuously monitoring the intensity of the reflected light returning through the optical fiber with a detector and comparing it to the incident light, it effectively creates a non-invasive efficiency monitor for superconductors.

Click here to read more about how optical fibers are being used alongside supercapacitors to store and use renewable energy.