OLED: A Primer on Organic LEDs 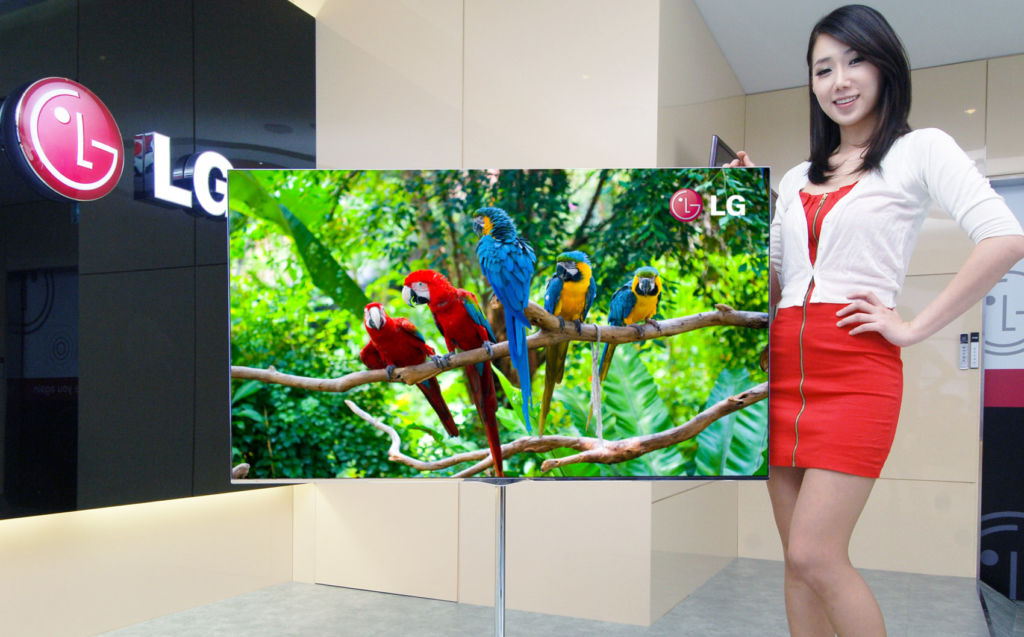 Photograph of an OLED TV. Courtesy of LG Corporation.

Organic light-emitting diodes, or OLEDs, have been around for a while, but recent innovations and events have really brought them into the mainstream.  To many, the recent adoption of OLED displays for Apple’s iPhone X marked a shift towards OLED technology becoming the standard for small size displays.  While Apple held out on utilizing OLED technology for a few generations of iPhones, companies like Samsung and LG pushed boundaries with their high resolution OLED screens, until the term OLED became synonymous with ‘state-of-the-art.’ Outside of displays, organic electronics and OLEDs have been utilized for a number of advanced research applications, such as monitoring neural activity in the brain.  In this article, we will go over the history and basics of OLED, detailing how they’re made and what makes them so special.

OLEDs are a class of devices comprised entirely or almost entirely out of organic semiconducting materials.  The term organic refers to the fact that significant portion of the chemical makeup is made up of carbon and hydrogen atoms.  Unlike traditional crystalline semiconductors, free charge transport does not occur in energy bands arising from repetitive crystal structure.  Rather, charge transport occurs in molecular orbitals; charge is often transferred through conjugated molecular structures.  For example, the carbon ring structure of naphthalene is illustrated below. The 3 different configurations for the carbon-carbon bonds are shown with a single line representing a bond with 1 electron and a double line representing a bond containing 2 electrons.  These 3 resonant forms of naphthalene are all equivalent and allow for the delocalized electron (called the sigma bond) to “hop” from left to right as in the illustration.

Organic semiconductors are simply LEDs constructed from organic semiconductors instead of inorganic crystalline materials with much of the operating principles and performance metrics.  The wavelength of emission is determined by the HOMO-LUMO energy gap.  The highest occupied molecular orbital (HOMO) is analogous to the valence band, as the lowest unoccupied molecular orbital (LUMO) is to the valence band.  Because the charge mobilities are much smaller in OLEDs compared to crystalline materials, OLED devices are usually extremely thin (with active device thicknesses often under 500 nm).   Coupling this with the intrinsic properties of the molecular and polymer bonds of organic materials results in intrinsically flexible devices, especially when fabricated on plastic or flexible substrates.

The first OLED was demonstrated in 1987 by a research group at the Eastman Kodak Company.  In their paper “Organic electroluminescent diodes,” the scientists sandwiched a single layer Tris-(8-hydroxyquinoline) aluminum, or AlQ3, between two electrodes and ran a current through the material resulting in green-ish electroluminescent light emission.  This single material structure is unintuitive but worked due to unique property of AlQ3 to simultaneously act as 3 different types of OLED materials in the device.  The most basic structure of an OLED is pictured in the schematic diagram below.

In essence, the operation of an OLED is similar to that of standard LEDs.  Under forward bias, electrons are carried through the electron transport layer, while holes are transported through the hole transport layer.  Holes and electrons meet at an interface layer called the emissive layer and recombine to create light at the wavelength of the intrinsic HOMO-LUMO gap of the emissive layer material.  Each layer is typically under 100 nm in thickness.  Efficiency in such devices is highly determined by the band engineering (matching of the HOMO and LUMO levels between each material) as well as the mobilities of the transport layers.  As such, choice of materials is a critical factor in designing an “OLED recipe.”  Additionally, it is not uncommon to see OLED devices with much more complicated structures that include charge blocking and charge injection layers for increasing the efficiency of devices.

The most common fabrication method for organic semiconductors and LED devices is physical vapor deposition at high vacuum.  High purity materials including the metal electrodes are loaded into resistive heating boats with high electrical current passed through them.  At extremely low pressures (below 10-6 mBar or 1 billionth of an earth atmosphere), heat from the resistance of electrical current in the boats causes the materials to evaporate and eject from the boats as a vapor.  When the vapor hits the relatively cool target substrate, the vapor condenses and cools into a solid thin film.

Since organic films tend to be highly sensitive to moisture and oxygen, most fabrication processes are carried out in controlled environments such as glove-boxes filled with inert gas like nitrogen or argon.  This means that fabrication of OLEDs can be a very challenging and expensive process requiring dedicated tools and machinery.  An alternative method for producing organic devices is solution processing.  Here, the organic materials are dissolved into a liquid solution and applied to substrates using techniques like printing and spin coating.  While traditionally solution processed OLEDs suffer from lower performance than evaporated devices, the allure of solution (and even air) stable fabrication of OLEDs is great because of the potential to greatly improve the ease of manufacturing. Not surprisingly, development of solution processing and enabling roll-to-roll manufacturing of OLEDs has been a hot topic of research and development in the organic semiconductor field.

In a typical LCD display (bear in mind so-called “LED TVs” are mostly just fancy rebranding of LCD technology plus an LED backlight), a backlight provides white illumination that is filtered into different colors by liquid crystals.  The liquid crystal filters work by throwing away the undesired components of the light spectrum and passing through only the portion of white light that occurs at the necessary wavelength at each pixel.  This has two primary drawbacks: 1) the resulting colored light will never be as bright as the original white source 2) with standard operation of the backlight, it is difficult to block out 100% of the light and produce a true black in the image.

An emissive OLED display on the other hand, divides each pixel into 3 separate OLEDs for each primary color: red, green, and blue. If an image requires that color component, the individual subpixels will illuminate.  Since many OLEDs are able to achieve narrowband spectral emission and no light has to be thrown away by filtering, emissive OLED displays achieve high color correction with a wide gamut of available colors.  If an image requires black, then no light emission occurs at the pixel.  Thus, OLEDs have “truer” blacks than LCD displays.  In a dark room, the black part of the image will ideally have zero light leakage or greying.

The intrinsic flexibility of organic devices means they can be easily fabricated on abnormal geometries such as a curved piece of glass or a smart watch.  Plastic substrates are also available since OLEDs are processed at relatively low temperatures.  This can be advantageous for producing bending/folding OLEDs to interesting effect.

Some Disadvantages of OLED

One of the largest drawbacks with organic semiconductors and especially OLEDs is their limited operational lifetimes.  Heat, exposure to oxygen and moisture, electrical stress, as well as manufacturing defects cause degradation of the organic materials over time resulting in reduced brightness and breakdown of OLEDs.  This must be mitigated by careful encapsulation of the devices to isolate the organic materials and electrodes from environmental factors.  The most effective encapsulation schemes usually involve combining complex thin film layers integrated into a hard substrate like glass which prevent contaminants from coming in contact with the organic materials.  For flexible devices on plastic substrates, creating an effective encapsulation that does not fail under stress or bending is a challenge.

The sensitivity of organic devices means that they must also be fabricated in specialized environments like glove-boxes.  It is also fairly standard for fabrication to occur in dedicated facilities to prevent cross contamination of materials.   This means that large investment and effort must be made into producing OLED devices without the ability to easily adapt a foundry of fabrication facility to produce them.  Up until recently, large scale production of OLED televisions was hampered by low yield of commercial quality displays with an acceptable number of screen defects.  At least for now, this contributes to the high price of OLED displays with only a few major manufacturers competing in the space.

It’s safe to say that OLEDs have already made their mark on technology today, with many smartphones, wearable devices, and televisions already including them.  What was once considered a high-tech novelty is soon becoming the benchmark for a number of applications.  Rising technologies like micro LEDs threaten to challenge their dominance, but for the meantime OLEDs remain an exciting technology that has lived up to much of the hype.

To read more about OLED displays, here is an article from LG.